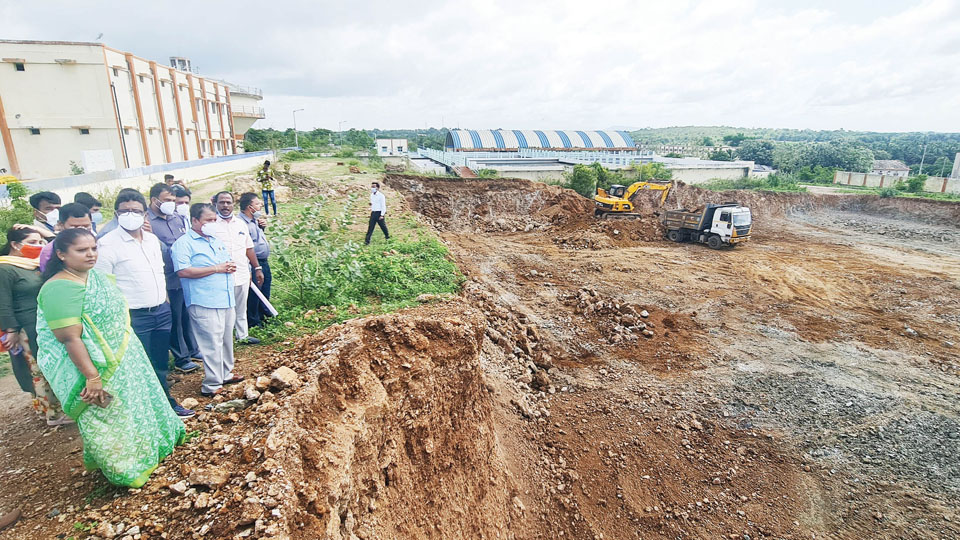 Upgradation works to be completed in a year

They inspected the functioning of water pumping, treatment and supply plants established there ahead of the execution of the Rs. 90 crore ambitious project that is aimed at supplying  uninterrupted water to both MUDA-formed Layouts and MUDA-approved Private Layouts.

The team first visited Bidaragudu Jackwell point, which has a 180 MLD (Million Litres per Day) water pumping capacity. Out of this, only 60 MLD is being supplied to parts of Mysuru city and MUDA has planned to utilise the remaining 120 MLD for feeding water to MUDA and Private Layouts and other related uses, as suggested by the Urban Development Minister during his visit to the site a couple of days ago.

Rajeev asked the officials to prepare a  comprehensive report on enhancing  the  existing 11 KV power station at the Jackwell site to 66 KV so that more quantity of water can be drawn from Kabini river that flows closeby to Bidaragodu.

Pointing out that only one 450 HP water pump is installed at the site, the MUDA Chairman instructed the officials to install three more pumps of 1,150 HP capacity each, which proposal will be sent to the Government for approval.

Later, Rajeev visited Kembalu water treatment unit, where he inspected its functioning. As it is a treatment unit, Rajeev advised the officials to add two more pumps of 1,250 HP capacity each to the existing one, for  a faster recycling.

Thereafter, the MUDA team went to Udbur Gate where they inspected the water supply plant that feeds water to some parts of the city.

Expressing disappointment over the low capacity of the water pump, Rajeev directed the officials to add three more pumps of 1,750 HP capacity each to augment water supply to the city and to come up with an exhaustive and upgraded report on the Rs. 90 crore project, which is one of the most ambitious drinking water projects to be taken up by MUDA in recent times.

Later, speaking to presspersons, Rajeev said that the 11 KV power station at Udbur Gate water supply plant will be enhanced to 66 KV. Pointing out that a technical committee comprising only experts will be formed for constant monitoring and execution of upgradation of the  Kabini drinking water project, Rajeev said that the project is expected to meet the water needs of both MUDA-developed new localities and Privately formed Layouts in South Western parts of the city, which is growing by leaps and bounds in all directions over the years. He further said that the upgradation of the project will be completed in a year.