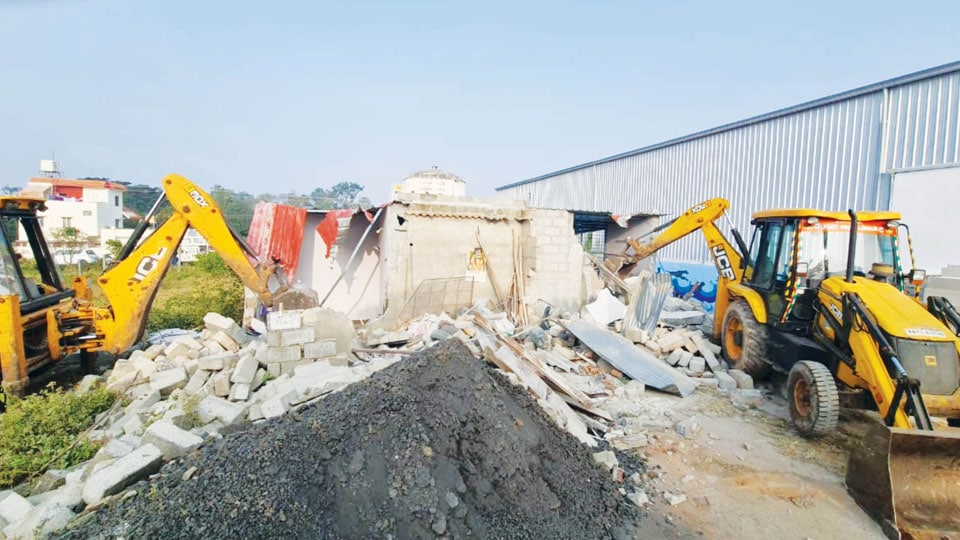 In a press release, MUDA has stated that illegal construction had come up on the disputed land in Vijayanagar Fourth Stage First Phase adjoining the Hinkal Ring Road. The issue reached the Court which ruled in MUDA’s favour. Following this, MUDA officials launched an operation and demolished the illegal structures that were built on the land.

Later, the MUDA officials erected a sign board indicating that MUDA owned the land. Though a couple of sheds had been constructed on the said land, no one came to oppose the demolition drive and it is not clear who had encroached upon the land.

There has not been any case of certain unscrupulous elements selling the land to some hapless parties after faking documents, said officials.