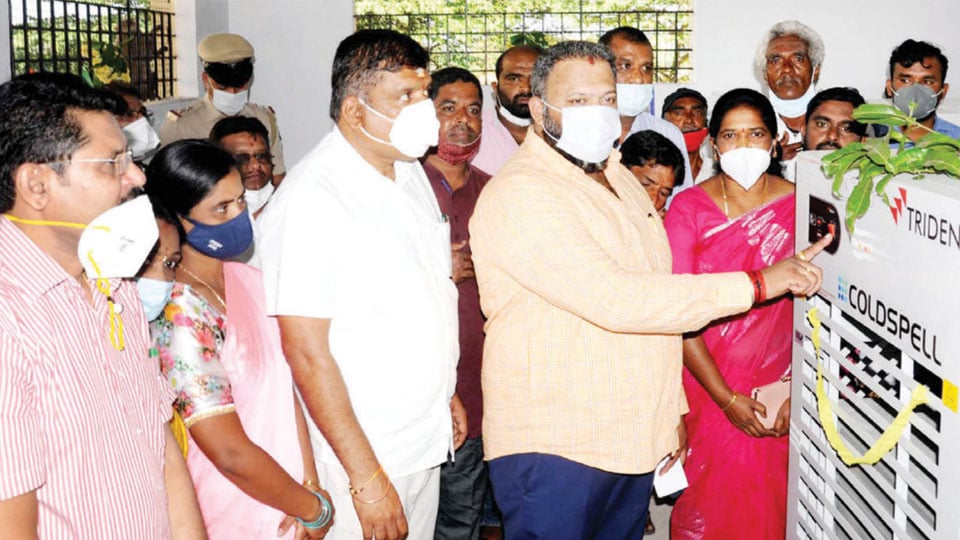 Speaking on the occasion, Harshavardhan said the Market was sanctioned when V. Sreenivasa Prasad was the Revenue Minister in the Siddharamaiah-led Congress Government.

Noting that the project cost Rs. 2.48 crore, he said that the Market has 39 vegetable shops,  8 other shops in its outer portion and 18 shops assigned for mutton sales. However, the mutton shops will not be allotted for now and such shops will be relocated elsewhere, he said adding that as the market is located on the busy Bazar Street, it has been planned to construct more shops on the first floor and rent them out.

Later, the MLA inaugurated a 390 LPM capacity Oxygen Plant in Taluk Hospital premises. He also launched the vaccination drive for children aged between 15 and 18 years and performed guddali puja for construction of Yatri Nivas at Soorahalli; road and drainage works at Malkundi village in the taluk.