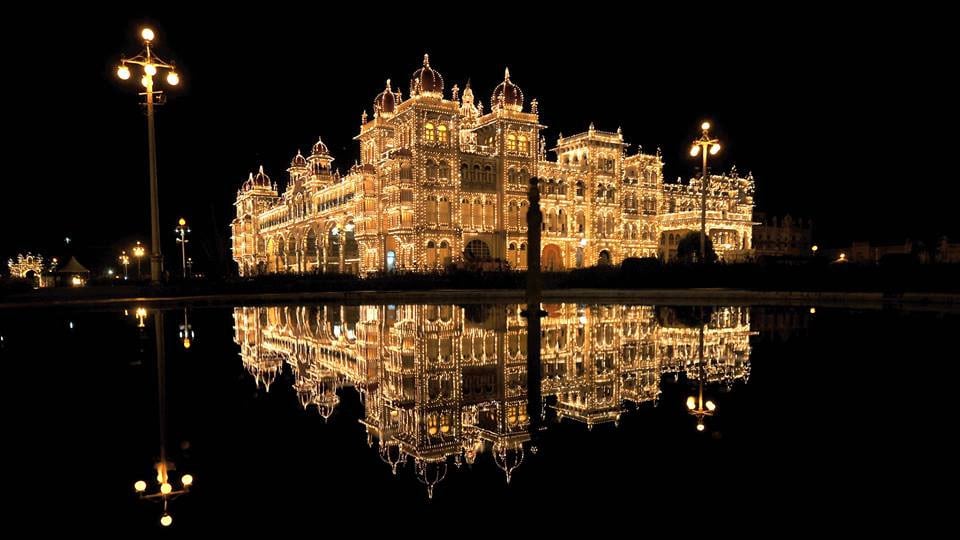 Raghu Dixit to perform at Palace premises this evening

Mysuru: Several people who want to see the Palace illumination now are a disappointed lot as illumination has been suspended following the conclusion of Dasara festivities. Star of Mysore has been receiving calls from public expressing their disappointment.

The iconic structure was not illuminated yesterday as announced earlier though the other areas of the city were lit up. Many tourists, who visited the Palace last evening, had to return disappointed as the security personnel sent them back saying that there was no illumination.

When Star of Mysore sought a clarification from Mysore Palace Board Deputy Director T.S. Subramanya, he said that the illumination was cancelled yesterday as workers were setting up the stage for singer and music director Raghu Dixit’s concert scheduled to take place this evening.

The Palace will now be illuminated only this evening and on Oct.15 for Thepothsava at Devikere atop Chamundi Hill. That will be the last day of illumination. There will be no Palace illumination on Monday, Oct.14. On Oct. 15, the other illumination across the city too will be switched off at 11 pm.

Subramanya said that Raghu Dixit concert has been organised by HH Sri Srikantadatta Narasimharaja Wadiyar Foundation today from 6.30 pm to 8.30 pm for which entry is free. Member of Royal Family Pramoda Devi Wadiyar, titular head of royal family Yaduveer Wadiyar, his wife Trishikha Kumari Wadiyar and others will be present.