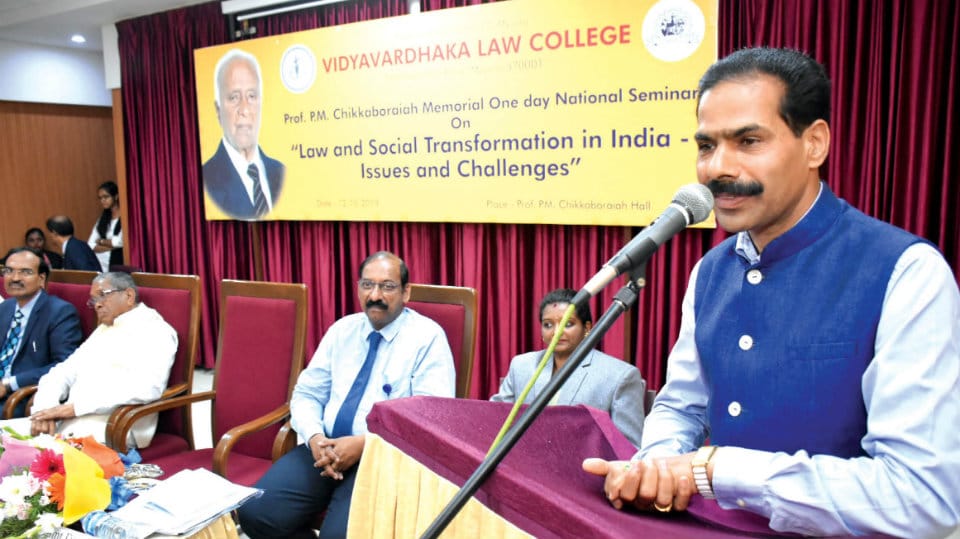 Mysuru: A National Seminar on ‘Law and Social Transformation in India – Issues and Challenges’ was organised by Vidyavardhaka Law College in memory of P.M. Chikkaboraiah at the College premises here yesterday.

Inaugurating the programme, High Court Judge H.P. Sandesh bemoaned that of late the Legislative, Judicial and Executive wings of Democracy are into confrontations without realising that Constitution of the country is supreme.

He opined that each of the three wings claim supremacy which leads to confrontation. He contended that any law should be properly implemented to see results which needs the co-operation of the people.

Continuing, Sandesh observed that casteism and corruption were two bad elements ruining the country and regretted that even representatives of people were selected based on caste. He quoted the saying of Swami Vivekananda ‘A man can achieve anything if mind,  hands and heart are clean’ which should be a guideline for youngsters.