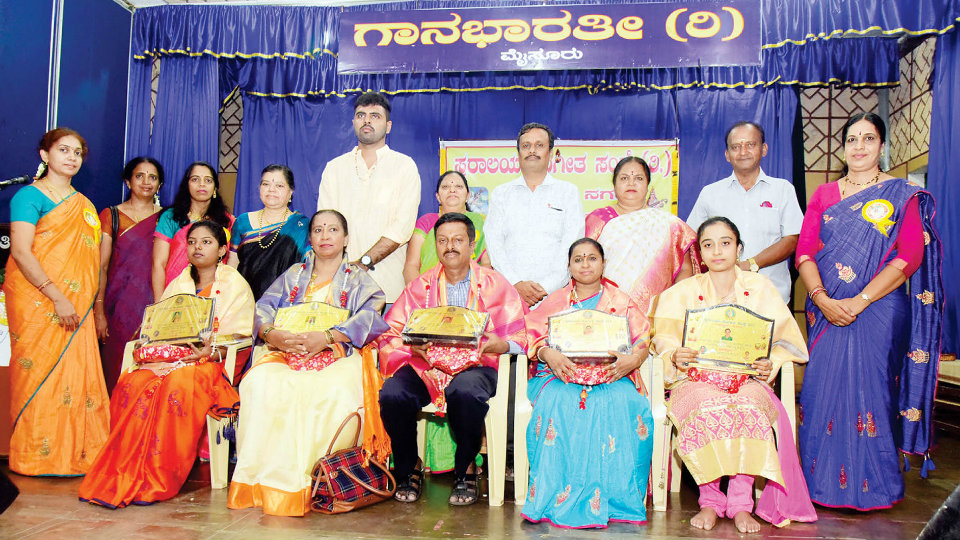 Speaking on the occasion, he  lauded the contributions of Mysore royal family to the field of music and said that great musicians and scholars were honoured at the Royal Court with memorable awards.

He also said that the Royal family had given many endowments to spread the fragrance of music far and wide.

Stating that one can maintain good health by listening to good music, he mentioned about the famous Kannada saying ‘Ragadinda Roga Mukthi’ and called upon music schools to identify the hidden talent of students and introduce them to the world of music.

Dr. Geetha Seetharam, Director of Geetanjali School of Fine Arts, who was chief guest, called upon the students to treat music as one part of their lives. By doing so, students could achieve excellence, she added.

Vidushi Suma Harinath, Founder-President of Swaralaya School of Music, who presided, regretted that the parents of music learners were not encouraging their children to learn music. She advised students to practice music along with their curricular activities.

‘Marali Brindavanake,’ a collection of poems penned by Revathi Srikanth was released on the occasion.

As part of the cultural programme, students of Swaralaya School of Music performed a music feature ‘Ragadinda Roga Mukthi’. A short play ‘Nammura Shale’ was also staged. H.S. Srikantamani, Secretary of the school, compered and proposed a vote of thanks.