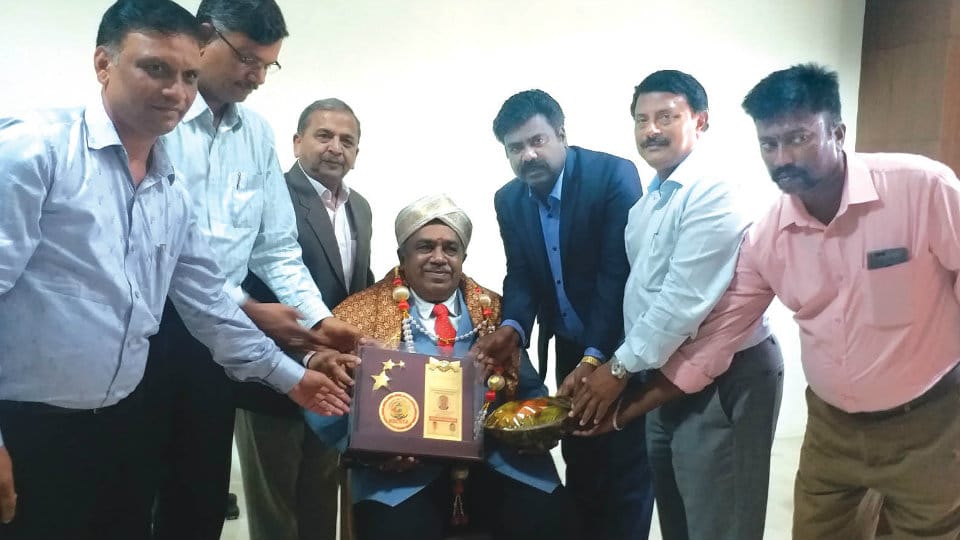 Mysuru: The Administration wing of University of Mysore (UoM) and the academic activities in Manasagangothri will be digitalised in stages using new technology, said Prof. G. Hemantha Kumar, the newly-appointed Vice-Chancellor of UoM.

He was speaking at the felicitation function organised by the Karnataka State Computer Science Teachers Association and University of Mysore Computer Science Department at the Maulya Mapana Bhavan on Bogadi Road here recently and said that in the highly competitive world today, one should move with the times.

The University is making all efforts to take a step in this direction and in the next two years, both the administrative wing and the academic activities will be digitalised to maintain the quality. Both the Chief Minister and Higher Education Minister have assured to join hands in this regard, he said and added that all the necessary equipment and preparations were already in place.

Going nostalgic, Prof. Kumar said that he had joined the Computer Science Department as a temporary lecturer in 1986 and from those days, as he had interest in teaching, he continued in the temporary post for ten long years and only then his post became permanent.

Earlier, there were just a few students who could be counted on finger tips when the Department started functioning and even though it was a Computer Science Department, it did not have even a single computer. Later, lot of people worked hard for the development of the Department, he said.

He had served in the University since the last 30 years and worked with many Vice-Chancellors in different assignments. Hence, he knew the pros and cons of the University. In order to solve problems, he would interact with the Professors in various Departments and see that the hundred-year-old University reaches the top position that it was known for earlier, said Prof. Kumar.

Later, JSS Science and Technology University Vice-Chancellor Prof. B.G. Sangameshwar said that his association with the new VC Prof. Hemantha Kumar was a very old one.

“I have been working in the Computer Science Department of SJCE since the last 40 years and when the CS Department was started in UoM, I was also a visiting faculty. At that time, Hemantha Kumar was the first batch student and he used to take responsibilities of the Department even then,” recalled Prof. Sangemeshwar.