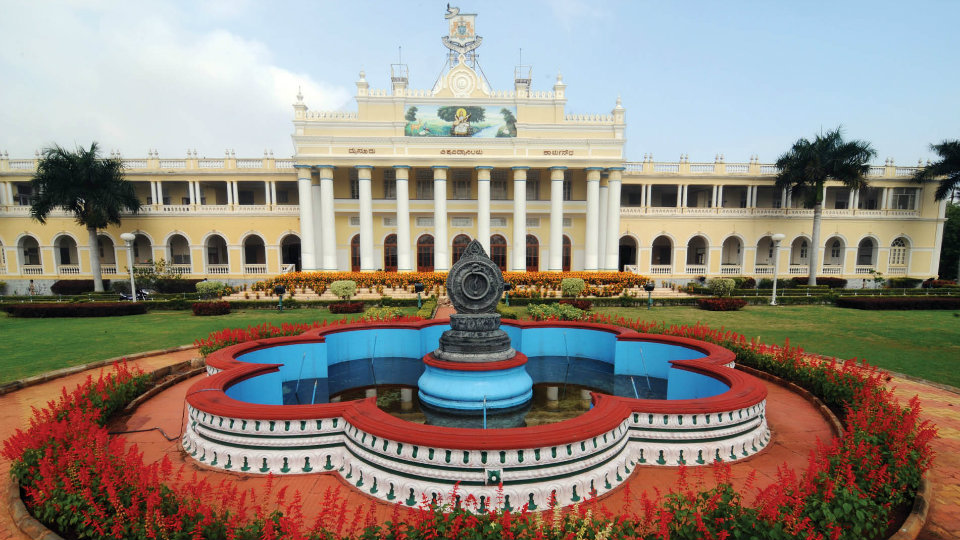 Proposal sent to Government for Rs.160 crore grant but got Rs.122 crore

Mysuru: The University of Mysore (UoM), one of the oldest varsities in the country, has hiked the fee by 10% for the academic year 2019-2020.

The varsity has decided to hike the fee as it is the major source of internal revenue, following a cut in the state government funds. The varsity had submitted a proposal for Rs. 160 crore for the academic year 2019-2020, but, the government has sanctioned Rs. 122 crore.

The fee committee met on Mar.20 this year and revised the fees for various courses offered both at the under graduate and post graduate level under Scheme A and Scheme B. After the decision was taken at the meeting to hike the fees, it was approved by the Vice Chancellor and ratified by the University Syndicate.

In the grant that the Government has allocated to the University, a sum of Rs.75 crore goes towards paying salaries to permanent staff and pensioners. Apart from this a lot of money is required for laboratories, hostels, basic facilities for students and 650 guest lecturers and more than 600 non-teaching staff. There is already a shortfall of Rs. 60 crore. However, by hiking the fees just about Rs. 2 crore is all that will be collected, University authorities said.

University of Mysore is one of the best Universities and its rankings this time where it jumped to 54 overall in the country is a testimony to this. It is the only State University with 65 departments.

As many as 224 colleges in Mysuru, Mandya, Hassan and Chamarajanagar districts come under its purview. As the number of students intake has increased, the varsity must provide additional facilities to ensure quality education. There are 78 postgraduate and 18 degree courses in the University, said University of Mysore Registrar Prof. Lingaraja Gandhi speaking to Star of Mysore.

Asked why the fees had been hiked, he said that there was nothing new about this move as it is normal to hike the fees. “The University is badly in need of funds to maintain the high standards. There are nearly 10,000 students studying in Manasagangothri itself with over 2,000 research scholars alone. In each class there are a minimum of 80 students in some of the subjects that are on demand. The Government also says that the Gross Enrolment Ratio (GER) must be increased from 18 per cent to 23 per cent and a as a result in each class an additional 20 per cent will have to be enrolled which could again push the class strength to nearly 100,” said Prof. Gandhi.

The University also has the authority to increase the fee structure and hence it increased it by 10 per cent, added Prof. Gandhi.

It is quite normal to hike admission and exam fees. It is not just in University of Mysore but in all universities the fees are hiked. To run a University like ours we need Rs.180 crore every year. This time Government has give a grant of Rs.122 crore and hence we are facing a problem. As a result we are forced to hike the fees. But the facilities to the students will also be provided accordingly. There are nearly 8,000 students studying in Post-graduate departments and including students in Fine Arts College, Maharaja’s and Yuvaraja’s Colleges, we have more than 11,000 students, said Prof. G. Hemantha Kumar, Vice-Chancellor, University of Mysore