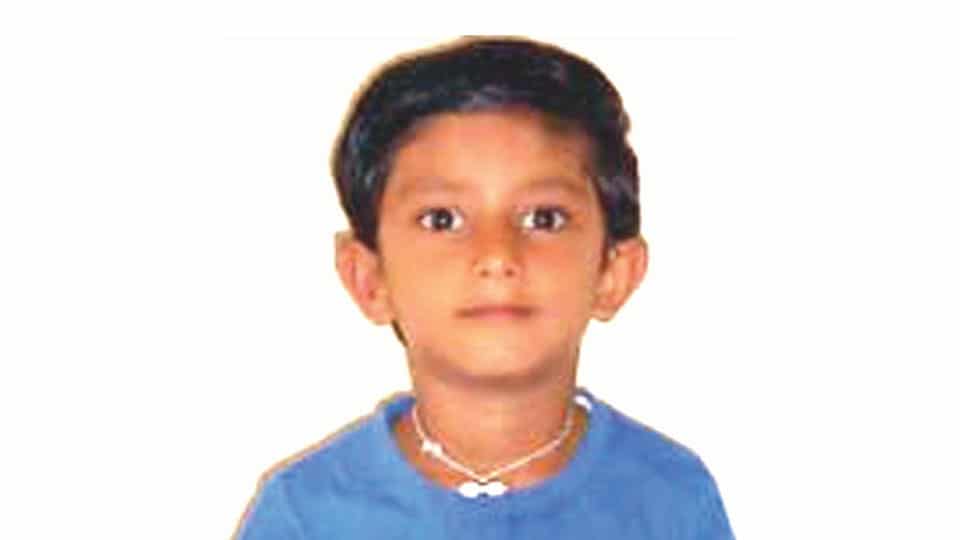 Mysterious death of a boy at Periyapatna: Court orders registration of case against three school staff after six years

Periyapatna: The Periyapatna JMFC Court has ordered registration of cases against three staff of Pushpa Convent at Periyapatna in a case pertaining to the death of an LKG student, whose body was found floating in a lake adjacent to the school six years ago.

The Judge, who took up the hearing, ordered registration of cases against R.D. Asha, Sr. Lissy Rose and Fr. Johnson of Pushpa Convent. The Judge also ordered summons against the accused and postponed the hearing to May 27.

On June 12, 2015, Sanmith, son of BJP leader Sohan Kumar, an LKG student at Pushpa Convent was found dead, with his body found floating in the lake adjacent to the school.

Sohan Kumar, alleging that the school staff had killed his son and threw the body in the lake, had lodged a complaint at Periyapatna Police Station. The Police, who conducted an investigation, had submitted a charge-sheet to the Court and had told the Court that the boy had committed suicide.

But Sohan Kumar, opposing the charge-sheet submitted to the Court by the Police had registered a PCR Case at the Court. Sohan had stated in his complaint that though his son was murdered, the Police, supporting the school management had submitted a charge-sheet to the Court mentioning that Sanmith had committed suicide. He had also urged the Court to register a case against the school staff under IPC Section 302 (Murder) and conduct investigation.

Sohan has also stated in his complaint that on June 2, 2014, the Management of Pushpa Convent had made the students, who had not paid the fees to stand under the sun. The School had taken more fees that the prescribed fees following which the parents under his leadership had staged a protest. A protest was also staged in front of the Deputy Commissioner’s Office in Mysuru against the irregularities at the school. Following the protest, the DDPI had ordered the School Administrative Board to return a total of Rs. 32 lakh to the parents, Sohan said in his complaint and alleged that the School Management was taking revenge on him.

But on June 10, 2015, when he (Sohan) went to the school in the afternoon to bring his son Sanmith back, he (Sanmith) was found missing following which he had lodged a complaint at Periyapatna Police Station. Sohan has further stated in the complaint that though the entire CCTV footages were checked, there were no clues about his son.

On June 11, the Police along with the Fire and Emergency Services personnel conducted a search in the lake adjacent to the School, but could not trace Sanmith’s body. When he asked the School Management to open a few locked class rooms and toilets to conduct search, the school staff had opposed it and the Police did not bother and turned negligent towards his plea.

But the next day, his son’s body was found floating in the lake and Sohan alleged that the School staff had killed his son, kept his body in one of the locked class rooms and later threw the body in the lake. He also stated that there is a 5 ft. wall between the school and the lake and as there are thorny bushes around the lake, children could not venture near the lake let alone jumping inside it. Despite these facts, the then Periyapatna Sub-Inspector Chikkaswamy, Mysuru Rural Circle Inspector D. Ashok and DySP Vikram Amte had submitted a charge-sheet to the Court mentioning that Sanmith had committed suicide.

Sohan had alleged that the Police neither arrested the accused nor obtained statements from them. He (Sohan) has also stated that if the boy had really drowned in the lake, it should have been mentioned in the post-mortem report. But blood had oozed out from the boy’s ears and nose and his tongue was protruding from his mouth. Sohan had furnished the post-mortem report to the Court and a total of 11 documents were submitted to the Court including two reports published in Mysuru Mithra, sister concern of Star of Mysore.

The Judge, who took up the hearing, ordered cases be registered against the three staff of the School and deferred the hearing to May 27. Retired Assistant Public Prosecutor Mohan Rao and advocate Dhananjay of Periyapatna argued on behalf of Sohan Kumar.