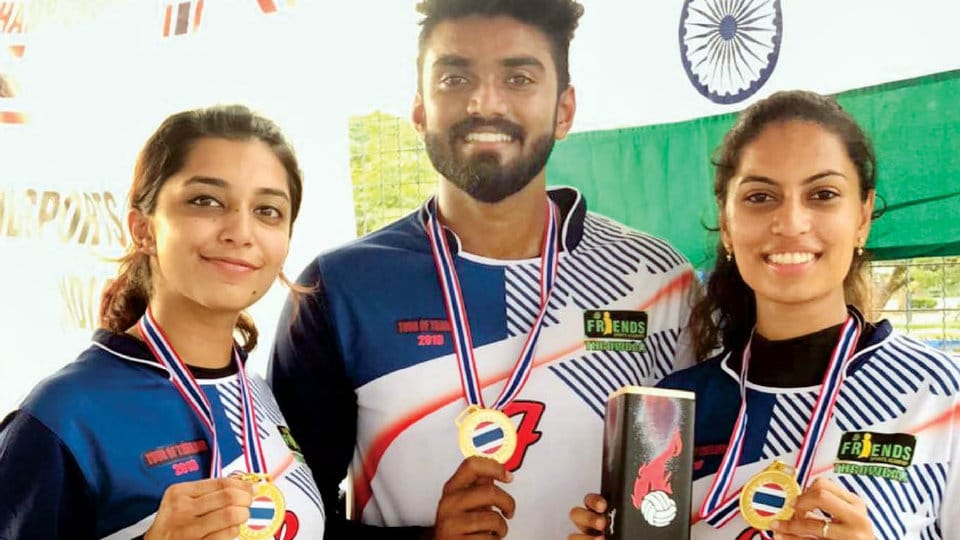 The Throwball team of Friends Sports Academy (India) emerged as Champions in both the men and women categories of the Indo-Thailand Throwball Club Championship held at Sing Samut School in Thailand recently.