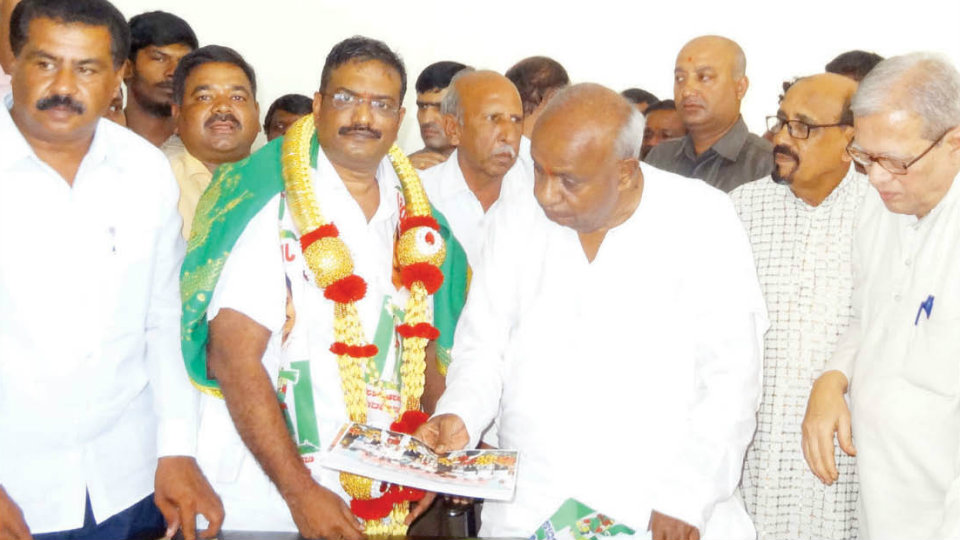 Bengaluru: Mysuru District Congress spokesperson and T.Narasipura Congress leader S. Shankar on Friday joined the JD(S)  along with hundreds of his supporters in the presence of former PM and JD (S) Supremo H.D. Deve Gowda at the Party Headquarters in Bengaluru.

Speaking after welcoming Shankar into the party, Deve Gowda said the JD(S) will emerge stronger in the coming days with many leaders from Congress and BJP expected to join the party in the near future.

Pointing out that no prominent Dalit leader has emerged in Mysuru region after N.Rachaiah and B.Rachaiah, the former PM said that the party will certainly recognise the services of Shankar.

Noting that there were many aspirants for JD(S) party ticket in T.Narasipura, he said that the candidate will be finalised only after consulting the party workers.

Speaking after joining the JD (S), Shankar said that District Minister Dr. H.C. Mahadevappa and his son Sunil Bose had sidelined him in the Congress though he worked for the party for over two decades.

Pointing out that no Madiga Community leader was given the party ticket by the Congress, he alleged that it had ignored social justice.

Maintaining that he has joined the JD (S) as the party was committed to social Justice, he said that his main aim is to bring back JD(S) to power with H.D. Kumarswamy as the Chief Minister.