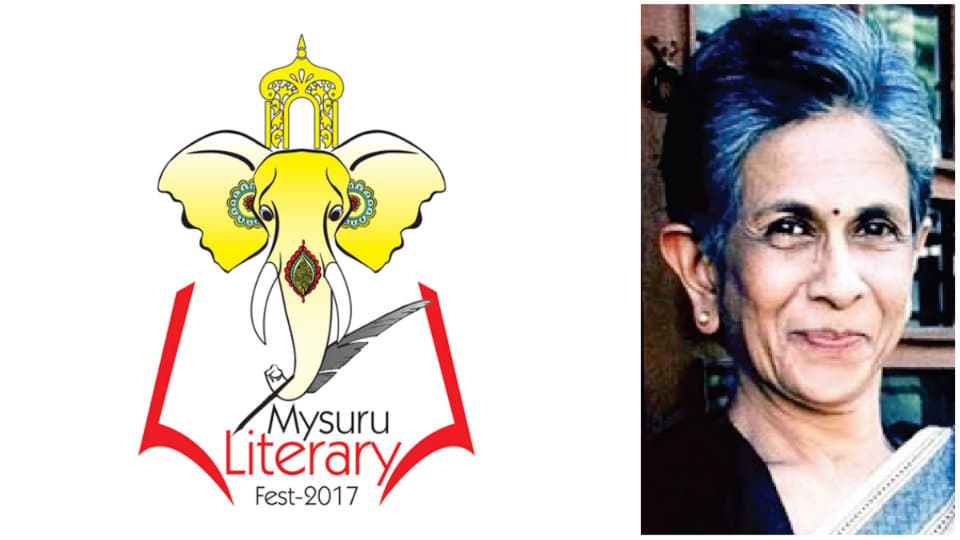 The countdown has begun for the first Mysuru Literary Fest organised by the Mysore Literary Association on Sunday, June 18. The venue — Senate Bhavan — in the sprawling, beautiful Manasagangothri campus is getting spruced up as the literati and cognoscenti will descend in large numbers to listen and interact with some of the finest authors as this is what the Lit Fest is all about. As such, Star of Mysore is the natural media partner.

Star of Mysore is profiling, since June 13, the eclectic mix of authors who will be a part of the Fest. Read about them and be ready to participate in the event, which Mysuru is waiting, for a long time…

Shashi Deshpande is a well-known name in the field of Indian literature and an award-winning Indian novelist. Born in Dharwad in Karnataka, she is the second daughter of the renowned Kannada dramatist and great Sanskrit scholar Sriranga. She pursued her education in Dharwad, Bombay and Bangalore.

Deshpande received degrees in Economics and Law and a gold medal in both the subjects. During her stay in Mumbai, she decided to pursue a course in Journalism. Thereafter, she took up a job as a journalist in the magazine “Onlooker.”

While working in the magazine, she began writing and the first short story that she wrote got published in 1970. Her short stories were published in popular magazines like Femina, Eve’s Weekly etc.

Her maiden collection of short stories was published under the title “Legacy” in the year 1978. Her first novel, “The Dark Holds No Terrors” was published in 1980. She won the Sahitya Akademi Award and Nanjangud Thirumalamba award  for the novel That Long Silence in 1990. She was awarded the Padma Shri in 2009. Her novel Shadow Play was shortlisted for The Hindu Literary Prize in 2014.

She is regarded as one of the most accomplished contemporary Indian women writers in English. Her output is by no means inconsiderable with eight novels and four books for children. Her work has been translated into various Indian and European languages.

Shashi Deshpande is gifted with an inborn literary bent of mind that matured with her experiences in life, which is conveyed through her writings.

She resigned from her position on the Sahitya Akademi’s general council in 2015 and returned her Sahitya Akademi award. In doing so, she joined a broader protest by other writers against the Akademi’s perceived inaction and silence on the murder of M. M. Kalburgi.

Note: June Gaur will be in conversation with Shashi Deshpande at the Lit Fest.