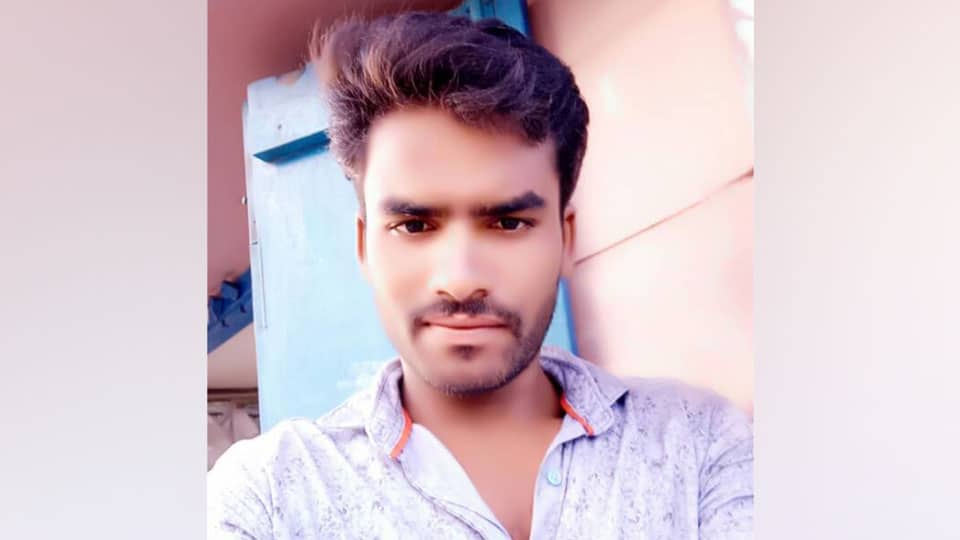 Mysuru: A 23-year-old youth whose marriage was to be fixed, committed suicide, at his house yesterday. The atrocity committed by Saraswathipuram Police, is the reason for him ending his life, alleged his relatives.

The unfortunate youth is Shankar son of Krishnappa, from Udbur village. He was taken into custody by the Saraswathipuram Police on Wednesday, when he was in Rajarajeshwari Nagar. His family members alleged that he was beaten black and blue in the Police Station and was released in the evening.

Saraswathipuram Police Inspector  Nagegowda speaking to Star of Mysore said that a person was moving around suspiciously in Rajarajeshwari Nagar since the last couple of days. One Balu and a few other people had orally complained that this youth was harassing women and children in the area. The residents again had complained on Wednesday afternoon that he was conspiring to do something. Based on the complaint, Constable Kantharaju had brought Shankar to the Police Station, he said.

When he was subjected to interrogation, it was found that not only was he harassing women and children, but was also planning to steal. In the light of this, a complaint was registered under CrPC Section 109 and on the direction of DCP Dr. H.T. Shekar, he was released in the evening on station bail, said Nagegowda.

When he reached home, the relatives of the girl whom he was to marry and the villagers have berated him. Humiliated, Shankar decided to take the extreme step and committed suicide by hanging himself on Thursday morning at around 8.30 in his house, said the Inspector.

Jayapura Police Station Sub Inspector Mahesh has registered a case in this regard and investigations are on. Yesterday afternoon the body was sent to Mysore Medical College and Research Centre (MMC&RI) and after the post-mortem, the body was handed over to the family members.

Shankar was working as a mason. If what Saraswathipuram allege about him was true then was he hatching a plan to steal from quite some time? If he was misbehaving with women and children, then why no written complaint was filed against him? How could the Police take action based on oral complaint? Are some of the questions that are being heard.

The relatives are alleging that the Saraswathipuram Police brought him to the Police Station and registered a false complaint against him forcing him to accept something, which he had not committed.

If there is detailed investigation about his death, then the truth will come out. However, Shankar, a mason, who hailed from a poor family ended his life under suspicious circumstances. Will any pro-poor organisations come forward to fight for his family, is the question doing the rounds.