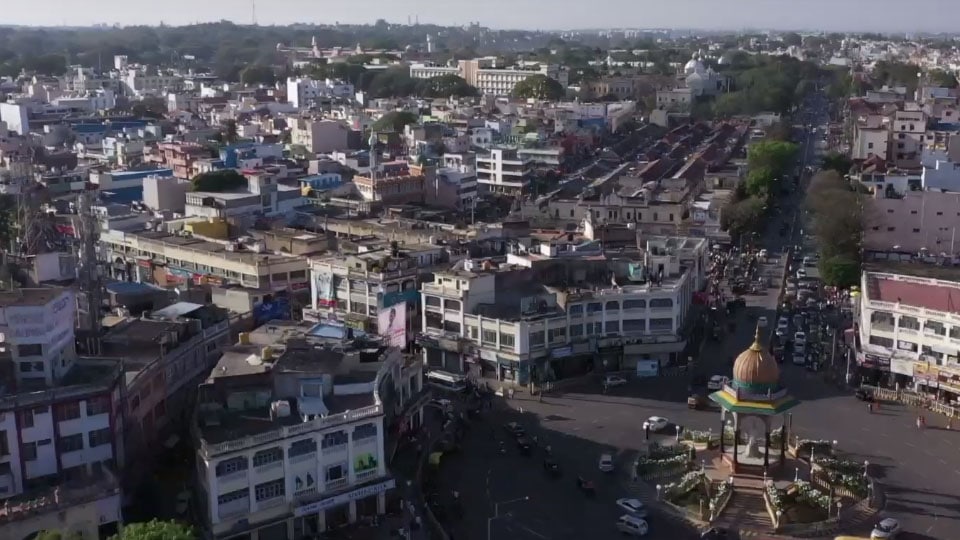 Mysuru/Mysore: Mysuru has been ranked ninth in the Swachh Survekshan-2020 League (quarterly) that was conducted between April and June 2019. The city was considered under the population category of one lakh to 10 lakh.

Indore, which had been adjudged number one in the past three sanitation surveys, remained in top slot in the first two quarters of 2019 in all-India level.

The Union Ministry of Housing and Urban Affairs (MoHUA) released the results of the first and second quarters of the Swachh Survekshan-2020 and this is for the first time that the Ministry has introduced quarterly survey for ranking of cities. All these years, the urban local bodies were graded in a single annual survey.

Releasing the list, Housing and Urban Affairs Minister Hardeep Puri said the cleanliness survey had become a part of our consciousness, after starting from a limited survey of 73 cities in 2016 to today, covering almost all urban areas.

READ ALSO  Hotels to be roped in to promote Mysuru as Yoga Capital: Pushkar

Swachh Survekshan League- 2020, covering 4,203 cities, was conducted in three quarters, April-June, July-September and October-December 2019 and has 2000 marks for each quarter. The final rankings for 2020 — likely to be out in March or April — will have 25 percent weightage of these three quarterly assessments.

The League rounds were incorporated for the first time since the Swachh Survekshan began in 2016, with the sole purpose of periodically reviewing waste management efforts made by various civic bodies.

‘Has no impact on final ranking’

Reacting to the Swachh Survekshan League-2020 results, Mysuru City Corporation (MCC) Health Officer Dr. D.G. Nagaraj, however, said that Mysuru not figuring in the top list does not make any impact on the final Swachh Survekshan results. “These are quarterly figures and are not linked to the final survey. We are aiming for the top slot and making all out efforts to secure that place,” he told Star of Mysore.

“We have the infrastructure in place and are efficiently managing underground drainages, public toilets, door-to-door collection of garbage, zero waste management or waste segregation at source. And Mysuru has certain advantages when compared to other cities and this will be revealed during the field survey that will be conducted by the survey team. The quarterly ranking that is based on Management Information System documents does not reflect the ground reality,’’ he added.

Survey to begin from Jan. 4

Meanwhile, a National-level survey of cleanliness of cities will begin from Jan. 4, leading to the final Swachh Survekshan- 2020 rankings. Teams will visit cities across India, collect data, compile the same with physical observation and collate information for final result declaration.

“A six-member team will visit Mysuru anytime after Jan. 4 and we are prepared. The MCC is doing its best to get back the Cleanest City recognition. Public participation is very crucial in this as a lot of ranking depends on public feedback. Opinions from public, public participation, the awards we distributed for clean commercial complexes, hospitals, schools and colleges, hotels and restaurants all will add up in the final tally,” Dr. Nagaraj informed.

For the record, Mysuru, had emerged as the third cleanest city in the country, under ‘Swachh Survekshan-2019 and had also bagged five stars among the garbage-free cities category. The city had won the Cleanest City tag twice in 2015 and 2016, but slipped to the eighth spot in 2017 and 2018.