Home » News » Mysuru to get 9 more flights under UDAN-3 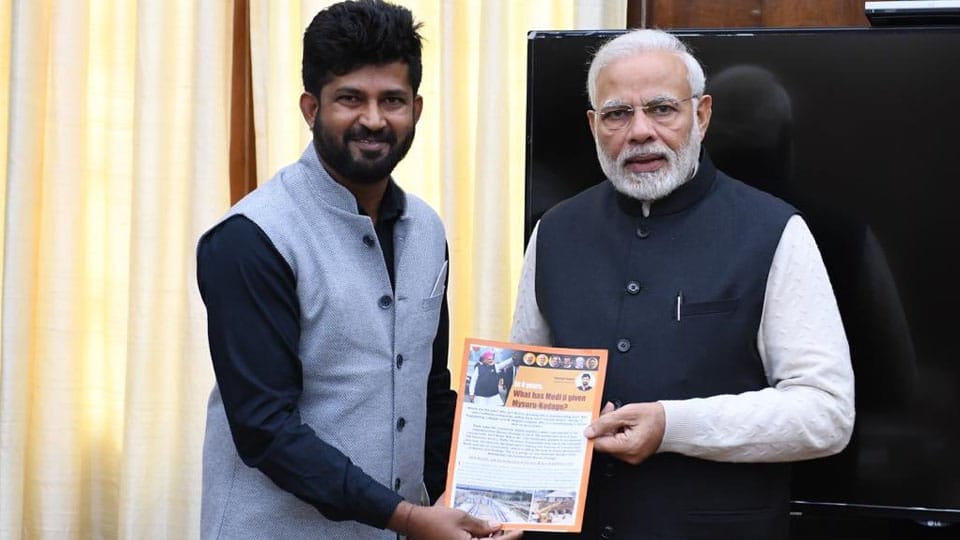 Mysuru to get 9 more flights under UDAN-3

Mysuru:  In a major boost for air connectivity from Mysuru, nine more flights will be introduced to major destinations that will add to the existing lone daily flight to Chennai. The flights will be operated under UDAN-3. UDAN (Ude Desh ka Aam Nagarik) is an ambitious project launched by Narendra Modi Government to enable the common man to fly.

Under UDAN-3, the third phase of the Regional Connectivity Scheme (RCS) that was launched in October-November last year, nine aviation companies have come forward to bid to operate services from Mysuru to different destinations. Highly placed sources told Star of Mysore that the flight schedule is likely to be announced on Jan. 7. In November last year, the Union government invited bids from interested operators for the third round of auctions for the UDAN scheme.

Speaking to Star of Mysore this morning, Mysuru-Kodagu MP Pratap Simha said that under UDAN-1, he was successful in bringing the TruJet flight to Mysuru. “TruJet flight that began its daily operations on Sept. 20, 2017 has a 72-seat capacity and is running with 95 percent occupancy and for the operator Mysuru has turned out to be the best and profitable route. We could not introduce any new flights to Mysuru under UDAN-2,” he said.

Elaborating, the MP said that while no one had expressed interest to even include Mysuru for bidding under UDAN-1 in 2017, he convinced the then Civil Aviation Minister to include Mysuru in the bidding list that had the list of Tier-II and Tier-III cities. “Now it has been proven beyond doubt that Mysuru is a profitable route if planned and implemented well. Under UDAN-3, nine operators have expressed their interest in operating flights and this is a great boon to the region and its economic development,” he said.

Government sources said that UDAN-3 will focus on connecting iconic tourist destinations. This bid will also enable connecting to those airports which were deprived of regular connectivity due to default of a few airlines.

The Union Ministry of Tourism has already identified tourist hotspots to connect under UDAN-3 and the air fares are capped at Rs. 2,500 for an hour-long flight for 50% of seats. The remaining seats can be sold at market rates.

Pratap Simha said that under UDAN-1, Hubballi Airport had got only one flight. But in UDAN-2, Hubballi has got 16 flights to destinations like Ahmedabad, Bengaluru, Mumbai, Chennai, Cochin, Hyderabad and Goa. “Mysuru too has the potential and in the coming days, the region will see a transport boom with good roads, rail networks and air connectivity,” he said. Destinations that have been mentioned in the nine bids for Mysore Airport will be known when the bids will be opened on Jan. 7, he added.