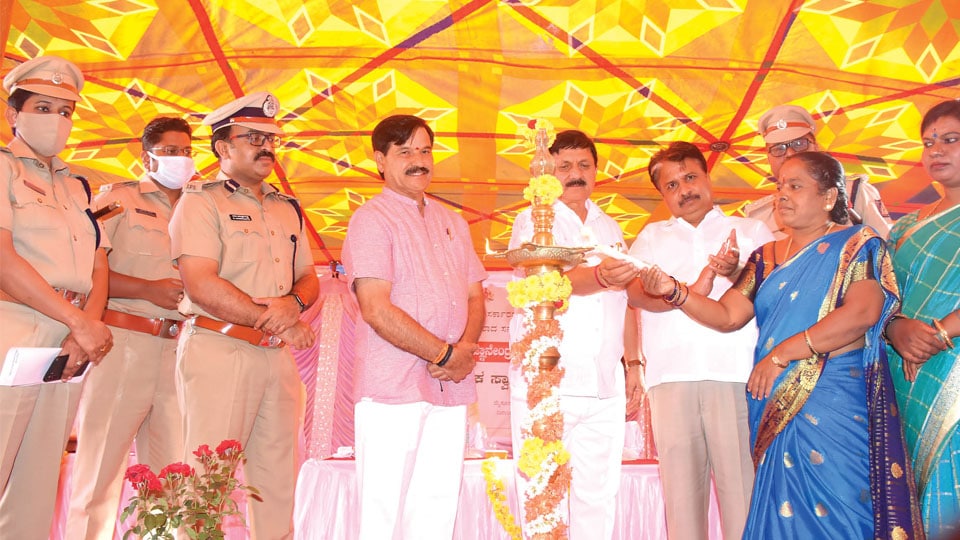 Mysuru to get Forensic Lab

Six hi-tech labs to be established across the State, says CM

Hubballi: Chief Minister Basavaraj Bommai said that the State Government would set up Forensic Science Laboratories (FSL) in six cities in Karnataka, including Mysuru, Hubballi-Dharwad and Kalaburagi to facilitate early detection and expedite investigation of crimes. He has discussed the issue with Union Home Minister Amit Shah.

There have already been discussions over the need for Forensic Science Labs to be used more to help not just in solving crimes but also increase the rate of prosecution.

Addressing an event held by the Police in Hubballi on Monday, he said a training centre in the model of National Defence Academy in Khadakwasla would be set up for the mid-level personnel of the Police Department.

Bommai said for the first time, the State Government was appointing Police officials based on the concept of ‘Officer on Crime Scene’, and appointment of over 16,000 personnel and Sub-Inspectors had been initiated.

Officers of DySP and above ranks should not restrict themselves to the Office and administrative works, instead, they need to visit Police Stations and also should work on field, he said.

Basic infrastructure facilities would be given to Police Stations on priority and the Government aims to build 100 Stations a  year totalling 500 Stations in the next five years. As many as 10,000 Police Quarters would be built and Dog Kennels would be set up to train dogs, he said.

Home Minister Aaraga Jnanendra said that the Bill has been passed in legislature to curb online lottery and gambling. Provisions have been made to register the cases as cognisable offences and soon this will come into force as an Act.

The Police will also crack down on gambling dens. “We are not against any skilled games. But, we will not allow the games to be played with bets,” he said while pointing out that the menace had extended to online games.