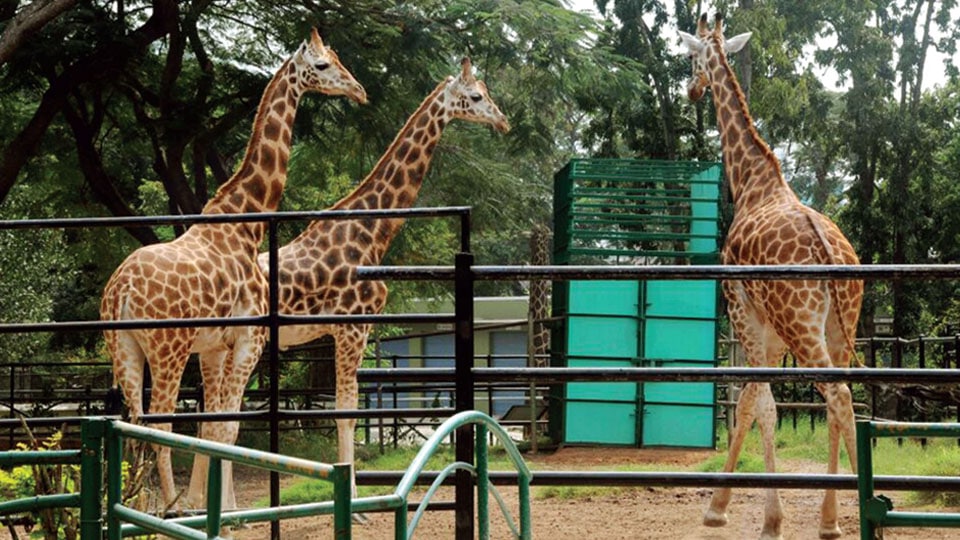 Mysuru Zoo to gift Bubbly the young giraffe to Bannerghatta

Speaking to Star of Mysore this morning, Ravishankar said that the cage in which Bubbly would be transported is kept inside her enclosure for Bubbly to get familiarised with it and added that it would take a month or more to transport her to Bannerghatta.

When asked about the number of people who would be accompanying Bubbly to Bannerghatta and the date of transportation, the Zoo Executive Director said that only Bubbly has been selected to be gifted and it would take time to fix the date for it to be transported and the number of people to go along with it as the transportation route between Mysuru and Bengaluru has to be studied first as it is not easy to transport such a tall animal which may stand at about 22 ft. tall and added that as there are power lines on the route, we need to check for it and urge the authorities concerned for their support for the smooth transportation of Bubbly.

Following the death of Krishnaraja (21) on Nov. 25, the Mysuru Zoo is now left with seven giraffes (two male and five female) including Bubbly.