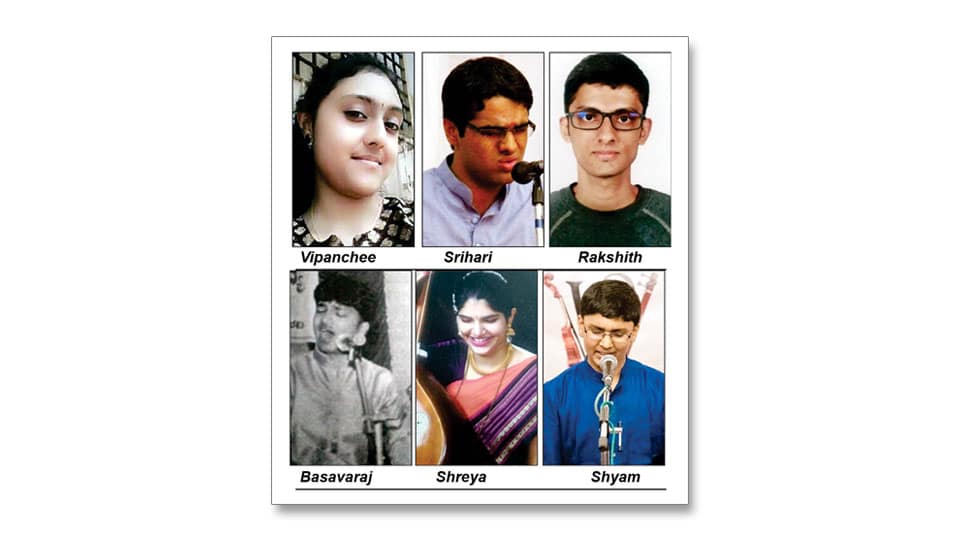 Sri Nadabrahma Sangeetha Sabha is having its Annual  State-level Youth Competition Nadakishorotsava with selected nine artistes  during this weekend in its G.R. Dasappa Auditorium, the Mini Hall. Which will have cash prizes and titles for the winners.

On Sept.7, the series starts at 4.30 pm with violin solo from C.V. Shruti being accompanied by Vikram Bharadwaj on mridanga. Shruthi has been learning from Vid. H.K. Narasimha Murthy. She is one of the young artistes to steadily move towards the main stream. She is a recipient of Karnataka Sangeetha Nritya Academy scholarship. She is doing her first year graduation from Yuvaraja’s College, Mysuru.

Next S. Chaitrika will present a vocal concert at 6 pm. She will be accompanied by Keshava on violin and Pavan Masur on mridanga. The young talented Chaitrika hails from a family of musicians from Mysuru and is pursuing her final year Graduation at Yuvaraja’s College. Grandmother Vidu. Indira Shankar was her first Guru. Now she is one of the senior students of Dr. R.N. Srilatha. She has passed Junior and Senior music exams with distinction. She is a recipient of Karnataka Sangeetha Nritya Academy scholarship. She also reached the Sangeetha Yatra conducted by Sri Sankara TV Channel. She has given number of solo concerts and has also accompanied her Guru.

The last programme for the day at 7.30 pm is by M.R. Vishnu accompanied by Keshava on violin and Vikram on mridanga. Teenager Vishnu is learning under Vid. Bellary M. Raghavendra. Studying his 2nd PUC, he aims to complete Vidwat exam conducted by KSEEB. He has performed at various Sabhas impressing the audience.

On Sept.8, programme starts at 4.30 pm with a vocal concert by Vipanchee Raghuram. She will be accompanied by C.V. Shruti on violin and Vikram on mridanga. Vipanchee comes from a rich traditional music family. She has learnt both veena and vocal music. Successfully she has passed her Junior and Senior exams. She is a recipient of scholarships from Karnataka Sangeetha Nritya Academy and by D. Subbaramayya Fine Arts Trust. Keen academician, Vipanchee, after completing Master’s Degree in Biotechnology, is pursuing Master’s in Music from Allama Prabhu Lalitha Kala Academy, Mysuru. She is a faculty for teaching music at Rhythms College of Fine Arts, Bengaluru, as well a staff at Musicearn Pvt. Ltd., Bengaluru. 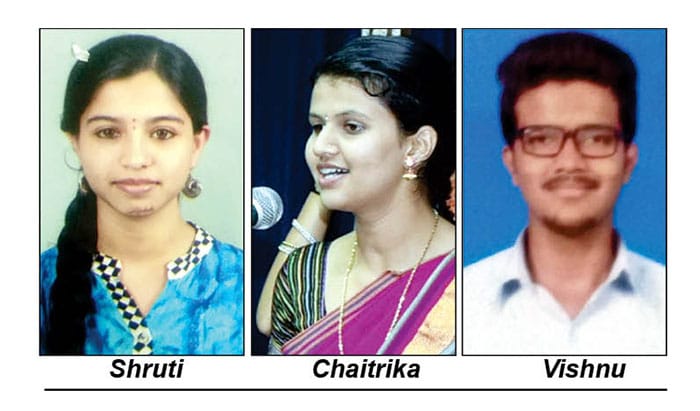 The second prog. at 6 pm is a vocal concert by N.H. Srihari Bhat, supported on violin by Shruti  and on mridanga by Vikram Bharadwaj. Srihari is a practising Charted Accountant from Bengaluru. His first Guru was Mangala. Then he started learning under Vid. D.V. Nagaraj for over a decade. Now he is under the tutelage of Padma Shri Dr. R.N. Tharanathan.

The third programme at 7.30 pm is a Mandolin Concert by Rakshith Prasad. He will be assisted by Tumkur Yashasvi on violin and Pavan Masur on mridanga. Rakshith, a Master’s Degree holder in Embedded Systems from prestigious BITS, Pilani, is working with Qualcomm Technologies in Bengaluru. He started learning Madolin under Vid. A.V. Dattatreya. Subsequently he learnt under legendary U. Srinivas and U. Rajesh. Presently he is under Sampagodu Vighnaraja.

On Sept.9 at 9.30 am, Basavaraj Vandali will present a Hindustani Vocal Concert. Parameswar Hegde on tabla and Vighnesh Bhagavath on harmonium will give saath to him. Basavaraj comes from a musical family from Manvi in North Karnataka. His father Pt. Virupakshayya Vandali was his first Guru and Mentor. For having taken music very seriously, he moved to Dharwad to learn under enviable Pt. M. Venkatesh Kumar. He is also pursuing Bachelor’s Degree from University of Music, Dharwad.

Then at 10.50 am, Shreya Kolatyhaya’s vocal performance will be accompanied by Kritik Kaushik on violin while Pavan will render the support on mridanga. Shreya is a native of Puttur in Dakshina Kannada. Vid. Kanchana Narayana Bhat was her first Guru. Then she learnt under Vid. G. Ravikiran, desciple of T.M. Krishna. Now she is under Vid. R.K. Sriramkumar at Chennai. She has completed her Junior and Senior Exams in Music. She is a recipient of scholarship from the Department of Kannada and Culture, Karnataka. She is a Post Graduate in Mathematics and was awarded the INSPIRE scholarship for development of Basic Science.

The final presentation at 12.15 pm which is a vocal concert by Shyam Krishna Satheesh will be accompanied by Kritik on violin and Pavan on mridanga. Chip of the old block, Shyam is the grandson of late Bellary M. Venkateshachar, where the family en masse are musicians. He is learning under his mother Vidu. Vani Satheesh. He is studyingn in 10th std at Bengaluru.