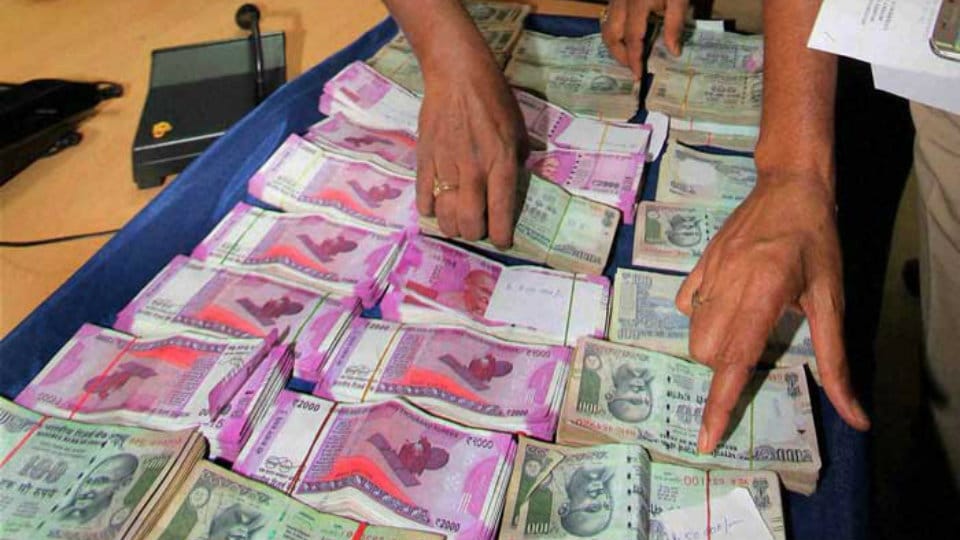 In a reported incident, Nanjangud by-poll Election Officers have seized Rs. 23,47,970 unaccounted cash which was being transported in a private car on Sunday.

The Officers, stationed at Parvatipura check-post coming under Hullahalli Police Station limits, who checked a Mahindra car coming from Gundlupet side,  found the unaccounted cash which was being  transported illegally.

The Officials, who took the  car driver Karthik and occupant Manikanta into custody, quizzed them about the huge money, when the duo said that they worked for a Finance Company and were carrying the cash to H.D. Kote.

Not believing their version, the Police seized the cash and are continuing with the investigation, according to ASP               Mohammad Sujitha.