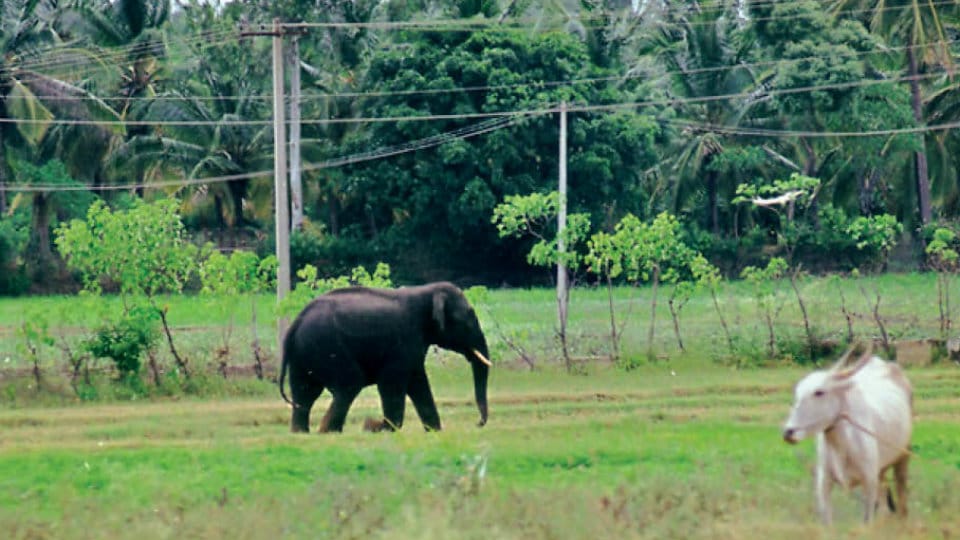 A total of 75 persons were killed in a span of 10 years while 98 persons have been injured in man-elephant conflict, which has escalated in Kodagu — the land of coffee and the Government has paid a total of Rs. 149 lakh as compensation from 2014 up to Jan. 24, 2017.

Though the State Government had spent crores of rupees for installing solar fences, digging trenches and putting up barbed wires to prevent wild elephants from entering human habitats, this has proved futile as the elephants continue to enter human habitat in search of food and stay put in agricultural fields, destroying crops grown in it.

A Forest Official said that a proposal has been sent to the Government to capture rouge elephants in Somwarpet limits including the one which killed Safana, a student few days ago.

With the season of jackfruit now in Kodagu, there are more chances of wild elephant raiding plantations for fruits, which has induced fear among the working labourers and school and college-going students.

It may be recalled that on June 17, 2016, Forest Minister B. Ramanath Rai, who visited Kodagu, held discussions with coffee growers and elected representatives on wild elephant menace in the district and had said that he would call for a meeting   once in three months to discuss about the measures to be taken to prevent man-elephant conflicts.

During the meeting then, the coffee growers, who were fed up with their crops being destroyed, had sought permission from the Minister to shoot down wild elephants which was turned down by the Minister who had said that there was no provision in the law to shoot elephants.

Meanwhile, the residents of the district have expressed their anger as the Forest Minister, who had assured to hold meeting once in three months to discuss the issues and to take preventive measures, had failed to hold even a single meeting.