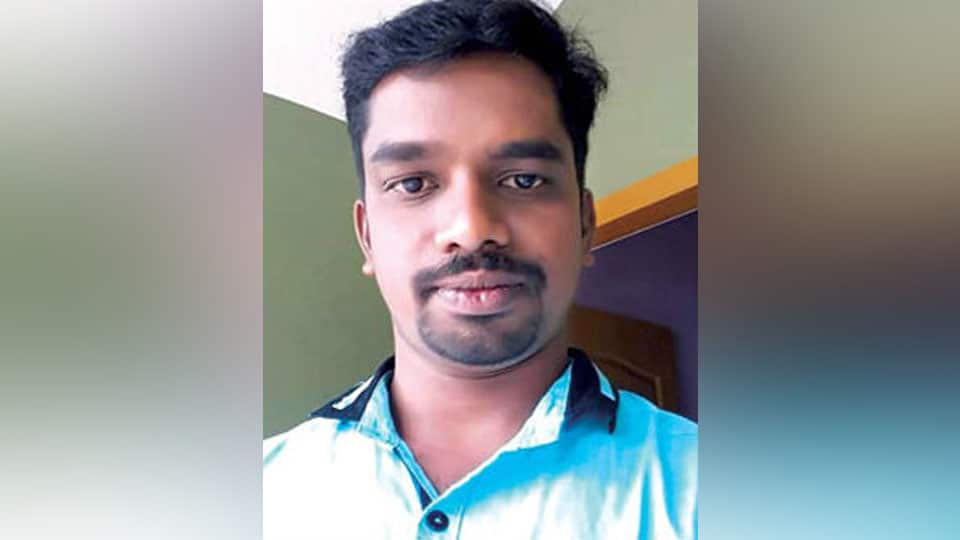 Family seeks MP’s help in getting back the body

A 24-year-old youth from Vidyaranyapuram in city, who was working in Dubai, has died under mysterious circumstances and the family members have sought the help of Mysuru-Kodagu MP Pratap Simha to bring his body back, as the authorities there have put forth a demand of Rs. 3 lakh to give the body.

The deceased youth has been identified as Shabbir, who had left for Dubai in search of a job about nine months ago and was working in Riyadh, Saudi Arabia, according to family members.

The family members have accused that upon getting the news of Shabbir’s death, they contacted the Sheik and another person by name Khaleel (Shabbir’s relative) there to ascertain the cause of his (Shabbir) death but they did not provide any information and alleged that the Sheik had put forth a demand of Rs. 3 lakh to give Shabbir’s body.

The family members yesterday afternoon met Mysuru-Kodagu MP Pratap Simha and urged him to get the body of Shabbir, who in turn called up the Embassy there but in vain and then faxed a letter to External Affairs Minister Sushma Swaraj seeking her help in getting the body to India.

In his letter, MP Pratap Simha has stated, “I have been informed from their parents that he was working at Dubai as Home driver to Mr. Asim (00966558777710) & they had got a message from the concerned that he has been found dead on 25th of March 2017 in his room at Al-Manzel, Al-Hasa city, Dammam of  Saudi Arabia.

Moreover, I have been informed by their parents (9900017529) that Mr. Asim is demanding for money for the arrangement to send the body of the deceased to India. I shall be thankful to your kind self if you could direct the concerned to make suitable arrangements to bring back the body of the deceased to the native without any domestic & diplomatic hurdles & legal hassles.”

Meanwhile, MP Pratap Simha, speaking to SOM this morning, said that he gave a call to the Office of the External Affairs Minister Sushma Swaraj this morning and informed them about the issue besides urging them to help in getting back the body of Shabbir.

He said that the Personal Secretary to the External Affairs Minister, who answered the call, said that they would first collect the information about Shabbir, whether he had taken any loans and other matter, which is the procedure and then would request them to make arrangements to send the body of Shabbir to India.