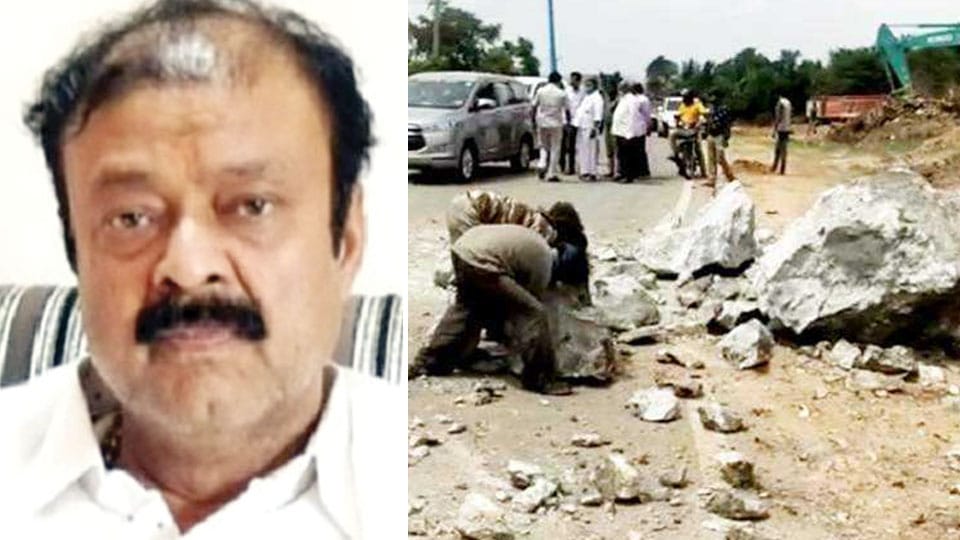 Narrow escape for Minister as boulder explodes near his moving car

Mandya: Horticulture and Sericulture Minister K.C. Narayanagowda, who is also Mandya District In-charge Minister, had a close shave when a boulder exploded very close to the car he was travelling near Bankapura in Nagamangala taluk of the District on Sunday.

Narayanagowda was on way to his Constituency K.R.Pet travelling in his car on Bengaluru-Jalasuru road, when a boulder that was blasted using explosives to facilitate Highway works taken up under K-SHIP Project, fell very close to his car. The Minister, who was passing by, had a narrow escape. Soon after the incident, the Police took the road works contractor Srinivas Raj into custody for questioning.

A shell-shocked Minister said that the boulder was blasted using explosives during daytime and without taking any precautionary measures to alert the motorists. The contractor must be booked for utter negligence, he added.