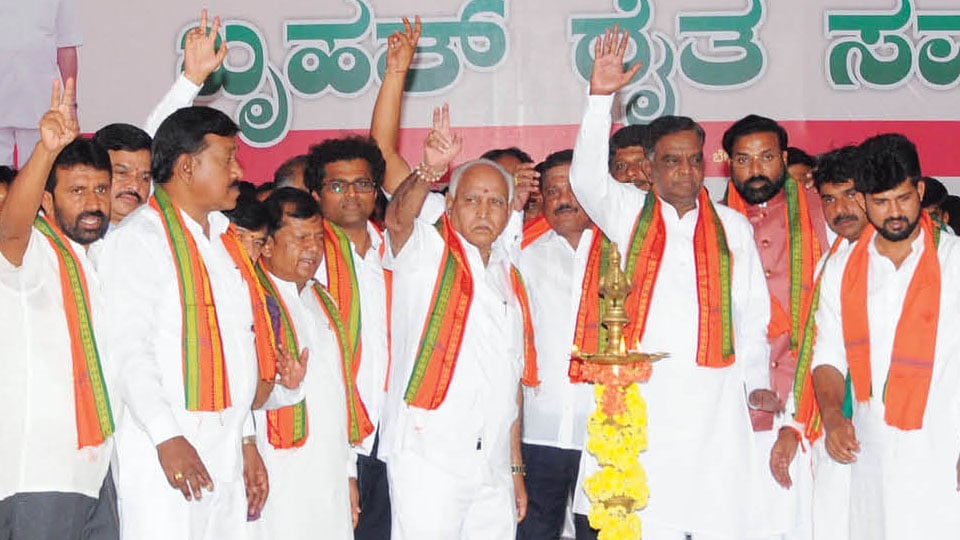 Nava Karnataka Parivartana Yatra by BJP from Nov.2 to Jan.28

Continuing his tirade, the State BJP President said that the CM was interested only is making money as he knows that the Congress will not come to power again.

Stating that Siddharamaiah is living under an illusion that he can win elections with money power, Yeddyurappa called upon the people to ensure the defeat of Siddharamaiah in the upcoming Assembly elections.

Maintaining that farmers are in a crisis and over 3,000 of them have committed suicide, Yeddyurappa alleged that the Government had done nothing for the farming community. He also said that the BJP leaders will expose the corrupt practices of the Congress Government during their tour of the State.

Parivartana Rally: Yeddyurappa said that the BJP will take out ‘Nava Karnataka Parivartana Yatra’ across the State and will expose the corruption of Siddharamaiah’s Government.

Union Ministers and Chief Ministers of the BJP ruled States will take part in the rally, he said and added that Prime Minister Narendra Modi will attend the Mega Conference to be held in Benguluru on Jan. 28 next year.