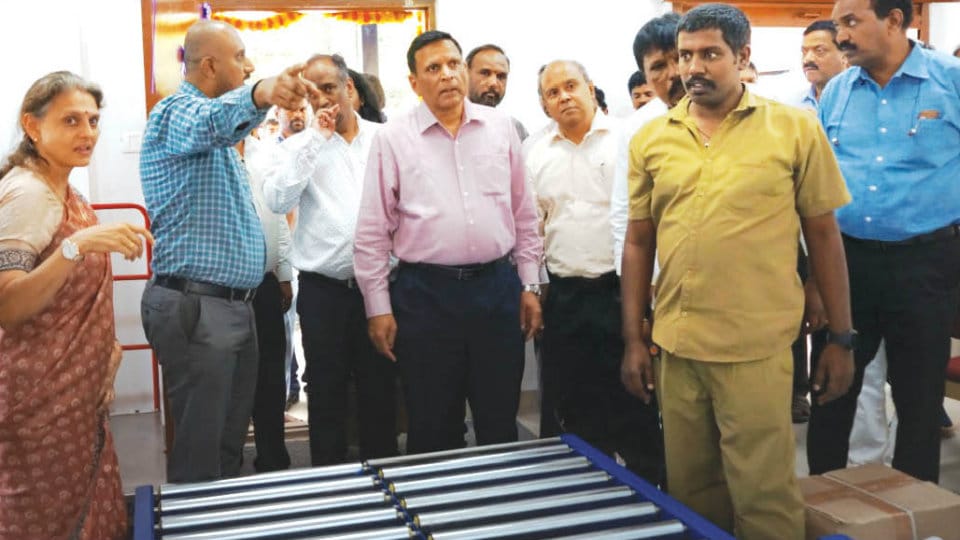 “Shifting of Parcel Office away from main circulating area was a part of the Station’s redevelopment plan. This will eliminate crowding of matadors, trucks, tempos and other road vehicles in passenger movement area,” said Aparna Garg.

In the first of its kind in Indian Railways, the new Parcel Office in City Railway Station is provided with a conveyer belt combined with digital weighment.  This will ensure accuracy and efficient movement of inward and outward parcels and minimise use of manual labour.

Later, A.K. Singh also inaugurated Quick Coach Watering facility at City Railway Station. This facility is designed to improve the turnaround time of a train at platform by filling the required water to coaches within five minutes. Earlier it used to take 12 minutes to fill water to the coaches.

The ground level reservoir and over head tank is monitored on real time basis through ultra sonic sensors and everything is  monitored by supervisory control and data acquisition system through internet, according to a press release from SWR Mysuru Division.