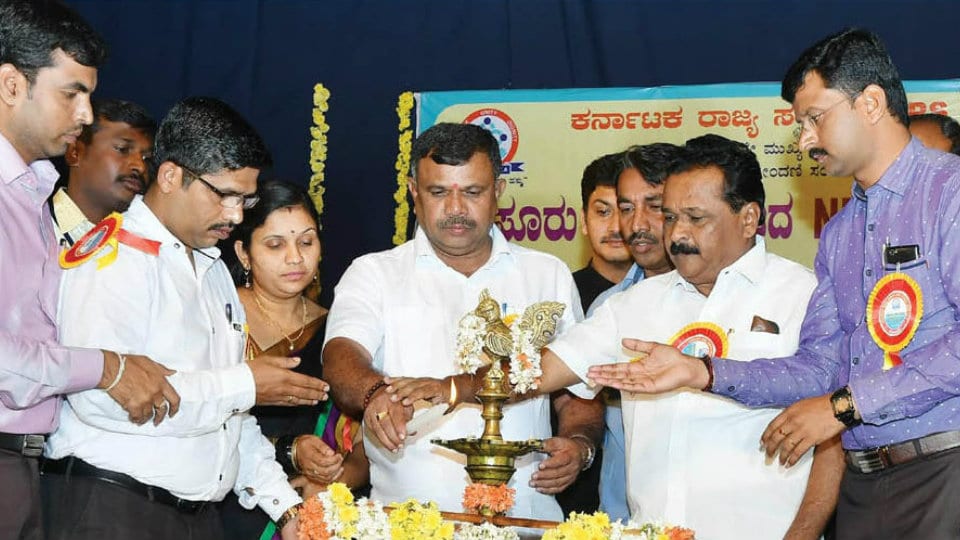 New Pension Scheme has made life miserable for employees: Marithibbegowda

Mysuru: Legislative Council Deputy Chairman Marithibbegowda has urged the State Government to approach the Union Government to reconsider the New Pension Scheme (NPS) to protect the welfare of employees.

Addressing the gathering during a symposium on NPS, organised by Mysuru Division State Government NPS Employees Association at Kalamandira here on Sunday, Marithibbegowda alleged that both Union as well as State Governments are blaming each other on the employees’ demand for revision of the scheme.

Maintaining that he has discussed the issue with the Chief Minister, he said the CM has been apprised that there is nothing good in the scheme.

MLC K.T. Srikantegowda, in his address, said that by implementing NPS, the Government is indirectly making the officials corrupt. Claiming that the NPS is a bad scheme, he said that as per the scheme, 10 per cent of the total salary will be deducted.

Stating that there is no security for the deducted money, he demanded immediate withdrawal the new scheme.