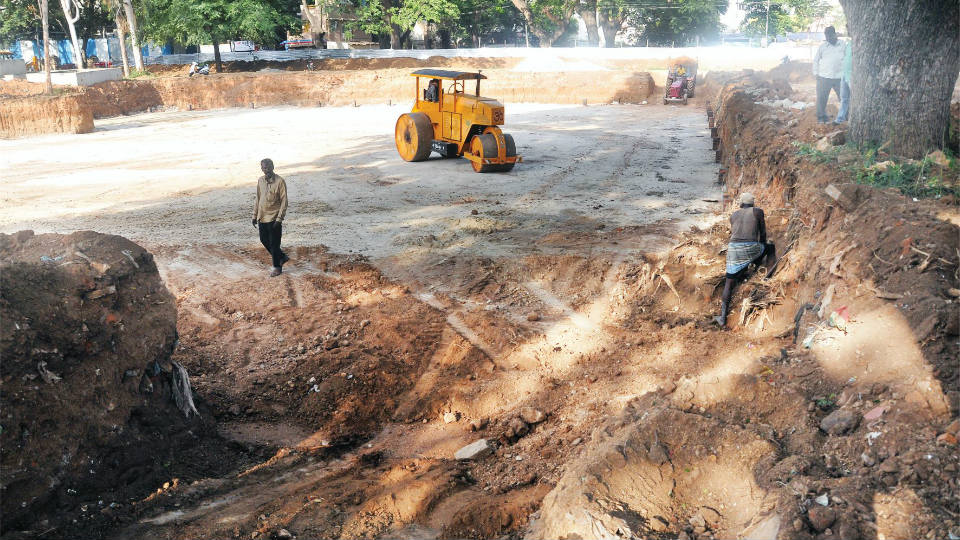 Mysuru: In spite of the long and concerted efforts of Mysore Grahakara Parishat (MGP) to stop the construction of a Public Library at the People’s Park in Nazarbad, the work on the library building has begun a month ago. It is going on at a brisk pace and will be completed in another two years.

All controversies related to the site of the construction has been resolved and the work of levelling the land for the Rs. 5 crore worth project is going on. The soil is loose in the area and to strengthen the foundation new mud is being poured.

The Karnataka Rural Infrastructure Development Limited (KRIDL) has been tasked to construct the 1,809 sq.mtrs modern building within the stipulated time.

The then Mysore Municipality had transferred the khata from the City Improvement Trust Board to the Library Department in 1978. Even before the Park Act was introduced in 1985, the State government in 1980 had passed an order stating that the place belonged to the Department. Even in the Urban Property Ownership Records (UPOR), it is said that the site was reserved for the library department. 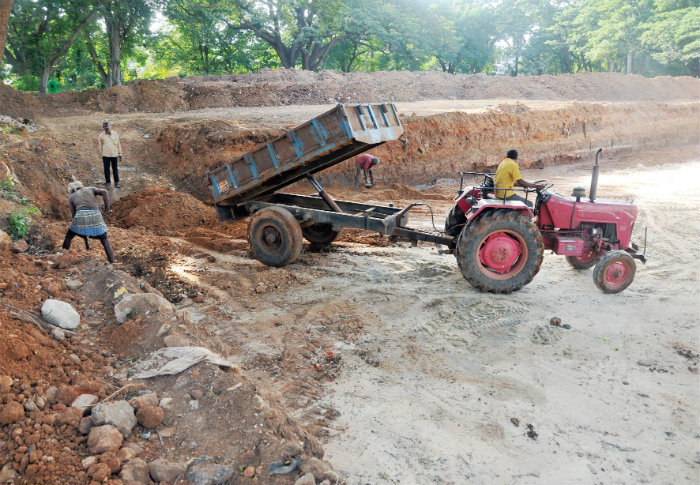 “Since all approvals have been obtained from the government, the MUDA and the Heritage Committee of which the Deputy Commissioner is the Chairman, we have taken up the work without any hindrance and anxiety,” said City Central Library Deputy Director B. Manjunath.

The State government has already sanctioned Rs. 4.25 crore out of the estimated Rs. 5 crore worth project and Mysore City Corporation has agreed to give the remaining Rs. 75 lakh from the Library Cess collected.

Expressing his confidence of completing the work in another two years, Manjunath told Star of Mysore that they have taken all precautions and submitted the required information to the court.

Mysuru will have a grand Public Library at the People’s Park that people will be proud of, he said.