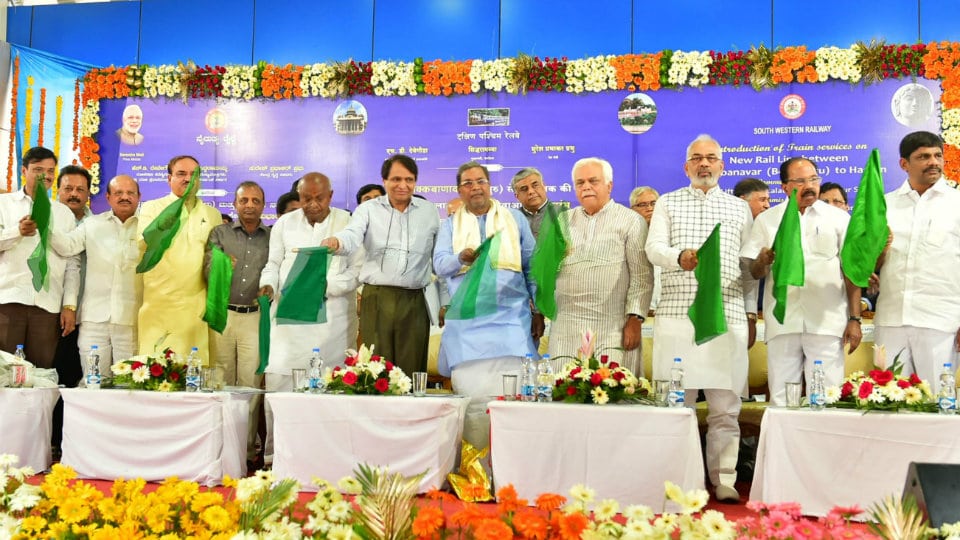 Inaugurated in Bengaluru via video link

A host of railway projects and  services were commissioned at the City Railway Station this morning.

They were joined by Mysuru-Kodagu Member of Parliament Pratap Simha via video link that was set up at Platform 6 in Mysuru.

MLA Vasu, Mayor M.J. Ravikumar and Divisional Railway Manager Atul Gupta were present. A giant screen was set up at the venue for the people to watch the inauguration. 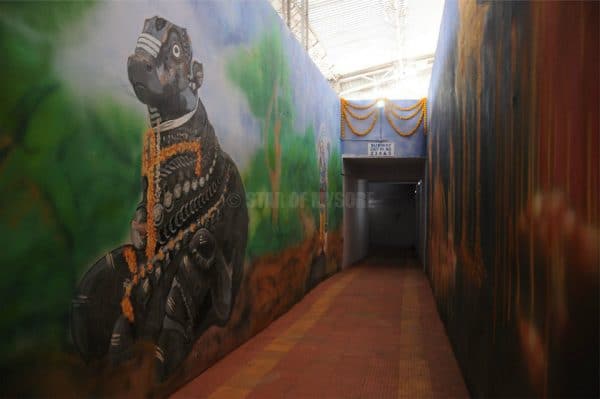 The Wi-Fi services ‘Rail-Wire’ has been provided by ‘RailTel’ and Google. RailTel, the telecommunications wing of Indian Railways and Google. All those who visit the railway station, including students, can use the Wi-Fi for one hour and download up to one GB data free of cost. The subway has been done artistically and paintings that depict the art, culture, traditions, history and heritage of Mysuru city, adorn the walls. It was constructed at a cost of around Rs.7 crore. 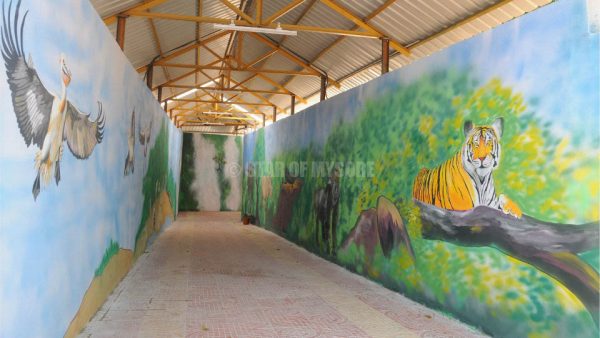 He said that the double-tracking work between Mysuru and Bengaluru will be completed by April end as the Tipu Armoury at Srirangapatna has been shifted. 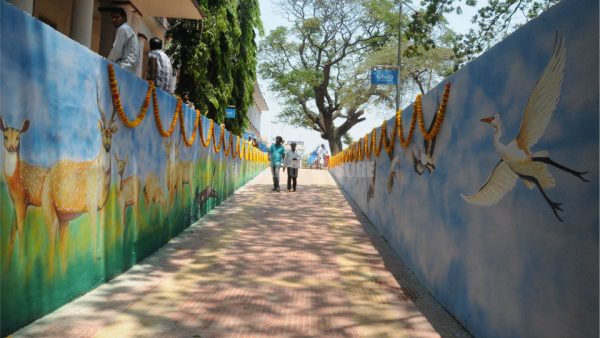 The much-awaited train between Bengaluru and Hassan was flagged off from Platform 1 today at Yesvantpur Railway Station in Bengaluru. Train No. 22679/22680, Yesvantpur-Hassan-Yesvantpur Daily Superfast Intercity Express will begin regular operations from tomorrow. The train will travel via Shravanabelagola and will stop at Chikbanavar, Nelamangala, Kunigal, Yediyuru, B.G. Nagar, Shravanabelagola, and Channarayapatna in both directions.

The 110-kilometre railway line was sanctioned in 1996-97 when JD(S) Supremo H.D. Deve Gowda was the Prime Minister at an estimated cost of Rs. 1,290 crore. The new railway line will enable passengers to proceed from Bengaluru to Mangaluru via Hassan instead of taking a detour via Mysuru. Earlier, a train traveller had to travel 447 kilometres from Bengaluru to Mangaluru via Mysuru. Now the distance will reduce to 340 kilometres via Hassan.

The new train will also connect religious places like Yediyuru Siddalingeshwara, Adichunchanagiri Mutt, Shravanabelagola, Kukke Subramanya and Dharmasthala. The train will leave Hassan at 6.30 am and will reach Yesvantpur at 9.15 am. It will leave Yesvantpur at 6.15 pm and reach Hassan at 9 pm. The train will have 14 coaches comprising of 4 Second Class Chair Car Coaches, 8 Deendayalu Coaches and 2 Second Class Luggage-cum-Brake-van /Disabled Coaches.