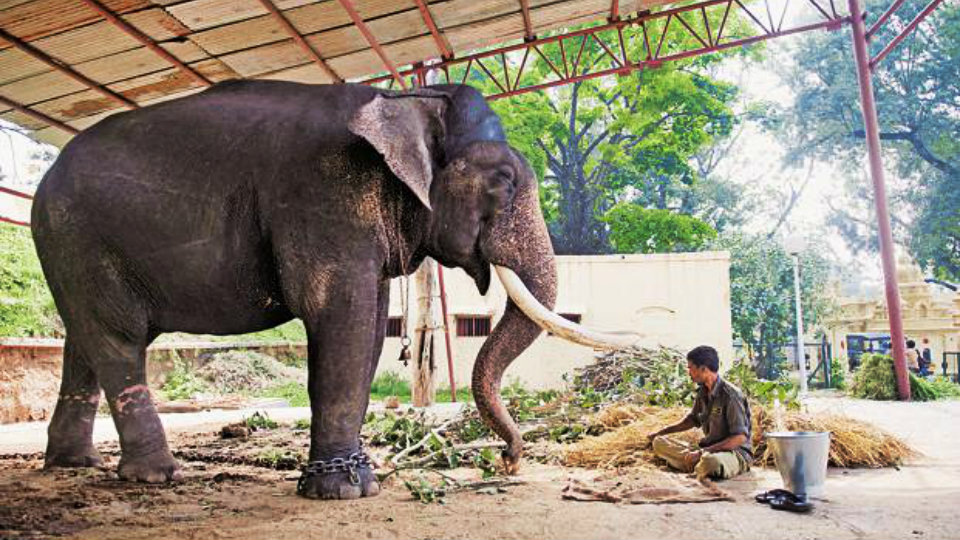 Three out of the six female elephants in the Mysore Palace will soon be taken over by the Forest Department following a request by the Mysore royal family.

The elephants were rescued from Gemini Circus about 20 years ago following a Court order. Animal rights activists had petitioned the Court where they claimed that the elephants were being tortured in the name of entertainment. The Court had ordered the Forest Department to take over the elephants – Ruby, Rajeshwari, Gemini, Chanchala, Seetha and Preethi.

Following the Court order, the then scion of Mysore royal family Srikantadatta Narasimharaja Wadiyar had volunteered to take care of the elephants and accordingly, they were sent to the Palace. The elephants were one of the main tourist attractions inside the Palace and they were being used for “elephant safari” where tourists had an opportunity to ride on them and experience royalty.

She again wrote to the PCCF on Mar. 9 changing the name of one of the elephants mentioned in the earlier letter. She has stated that the Palace will take care of Chanchala, Preethi and Seetha and they will be utilised for the “elephant safari”.

Following Pramoda Devi Wadiyar’s request, the PCCF had directed the department veterinarian Dr. D.N. Nagaraj to certify the health of elephants. In his report submitted three days back, Dr. Nagaraj has stated that the elephants were healthy and could be taken over by the Forest Department and shifted to elephant camps.

It may be recalled here that some animal activists had appealed to the Forest Department to take possession of elephants at the Palace. As a number of tourists visit the Palace, the elephants were chained for safety and this had resulted in injuries on the legs of four elephants.