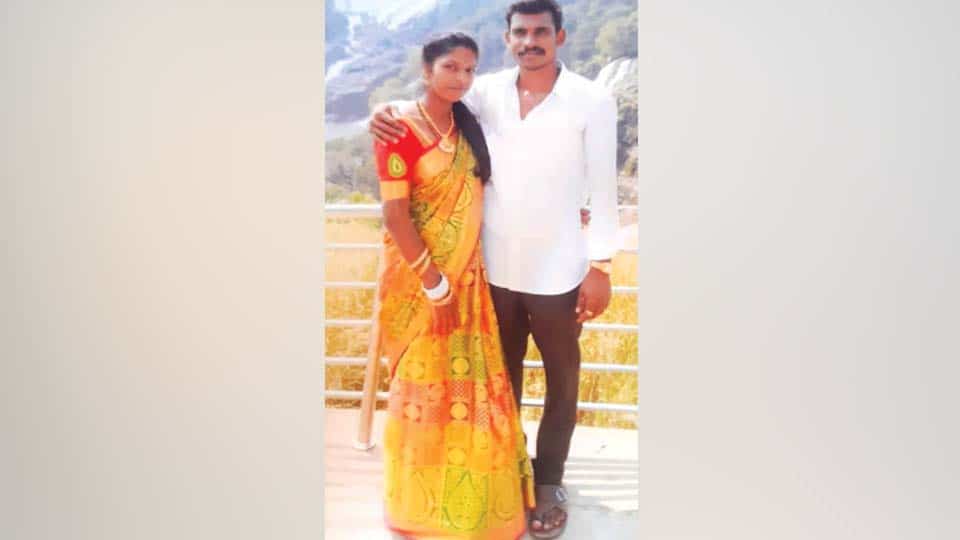 Nanjangud: A newly wed couple have allegedly committed suicide by consuming pesticides at Krishnapura village in the taluk on Sunday.

The deceased are Chandrashekar (30) and his wife Kavitha (18). They were married 10 months ago. A labourer, Chandrashekar and Kavitha were living happily and Kavitha along with her husband had come to her parents’ house at Venkatachalapura village, where they had celebrated Ugadi festival.

But on Sunday night, the couple had allegedly consumed pesticides and were found lying by their family members in their agricultural field. The family members rushed them to K.R. Hospital in Mysuru, but Chandrashekar breathed his last before reaching the hospital and his wife Kavitha died on Monday.

The family members said that Chandrashekar and Kavitha were living happily and Police said that the reason for the couple to take the extreme step, that too just 10 months after getting married is yet to be known.  Grade One Tahsildar Vishwanath, Nanjangud Rural Circle Inspector Shivanaja Shetty, Sub-Inspector Satish and staff visited the spot. A case has been registered at Nanjangud Rural Police Station.