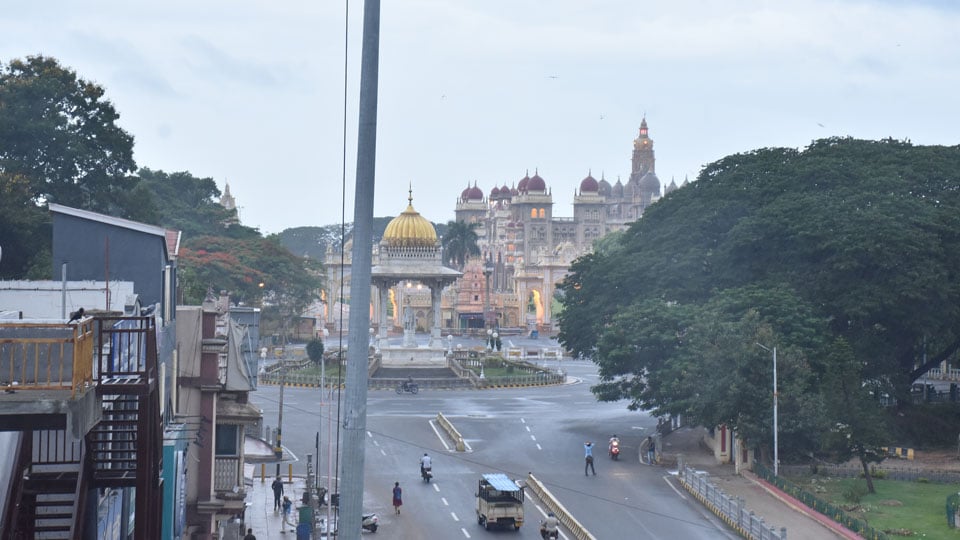 Those travelling during curfew period from Railway  Station, Bus Stand or Airport must produce their tickets as proof of travel

Mysore/Mysuru: Mysureans, reach home before 10 pm as Corona Night Curfew will be implemented strictly from today up to Apr. 20 to restrict unnecessary movement of public in city.

The State Government, in a bid to check the surge of Corona positive cases, has decided to impose night curfew in eight cities including Mysuru. Chief Minister B.S.Yediyurappa has already warned of going for tough measures in the coming weeks if citizens failed to strictly follow the safety protocol.

Preparations in place: The Mysuru City Police are fully geared up to impose ‘Corona Curfew’ in letter and spirit and has worked out a detailed plan of action. DCP (Law and Order) Dr. A.N. Prakash Gowda told SOM that already, one round of announcement regarding the closure of all shops and business establishments through Police Patrol vehicles have been made on Friday evening. Another round of announcement would be made just 30 minutes before the curfew comes into effect. All shops, malls, cinema halls, bars & restaurants, pubs, hotels, street vendors and other businesses must be closed down before 10 pm.

Three ACPs of Krishnaraja, Narasimharaja and Chamaraja, Inspectors of all 16 Police Stations, Sub-Inspectors, Head Constables, Constables and Home Guards would be on night rounds. Metal barricades would be put up at important traffic junctions and on main roads.

No restriction on movement of autorickshaws or cabs, and travellers by train or air. Strict action would be taken against those who would wander on streets without valid reasons and file cases under suitable law, he added.

Corona Night Curfew COVID-19 Night Curfew
73-year-old lady, who had placed a matrimonial ad, gets life partner
‘Update yourself to prove your importance of existence’