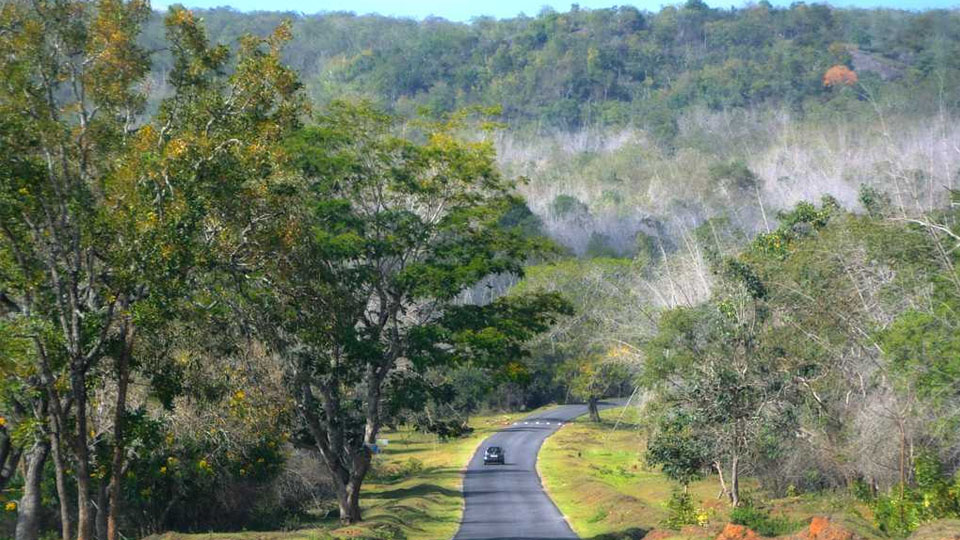 Bengaluru: Senior Forest Department officers from Kerala are meeting their counterparts in Bengaluru today to discuss the opening of night traffic from Mysuru to Kerala via Bandipur. They are also discussing the proposal to construct an underground tunnel on the stretch to facilitate the movement of traffic. The meeting began at 11.30 am at Aranya Bhavan and PCCF Punati Sridhar, Project Tiger Director Manoj Kumar and Bandipur Tiger Reserve Director Ambadi Madhav and APCCF Ajay Mishra are representing Karnataka. The names of the Forest officers from Kerala, are, however, not available.

It may be mentioned here that the Centre, in the Supreme Court, has submitted that an underground tunnel will be constructed to connect Mysuru and Kerala via the Bandipur Tiger Reserve. The submission was made some days ago by the Attorney General. Since 2009, Kerala has been demanding Karnataka to lift the night ban imposed on the entry and exit of vehicles via the Tiger Reserve from 9 pm to 6 am. In view of the night traffic ban, the Centre has decided to find an alternative and has decided on the tunnel that will connect Karnataka and Kerala without disturbing the flora and fauna.

Hearing the Attorney General’s submission, the Supreme Court asked him to direct the Centre to constitute the technical committee within four weeks and ask it to submit its report by the end of July this year.

Today’s meeting in Bengaluru discussed the possibility of opening the road and also constructing a tunnel. The Kerala officers were told that the National Tiger Conservation Authority had opposed both the proposals.

Proposals of the Kerala government were placed before the meeting. They include the relaxation of the timings of the night ban on vehicles; or, at the least, an increase in the number of buses allowed during the time (Currently, 16 are allowed from Karnataka to Kerala and Tamil Nadu, and vice-versa); and to allow a convoy system that would see vehicles being allowed into the Tiger Reserve at pre-determined times.

Forest officers from Karnataka told the meeting that road kills have come down drastically after the night traffic ban was enforced.

ONE COMMENT ON THIS POST To “Night traffic ban to Kerala via Bandipur: Karnataka, Kerala forest officers meet in Bengaluru”