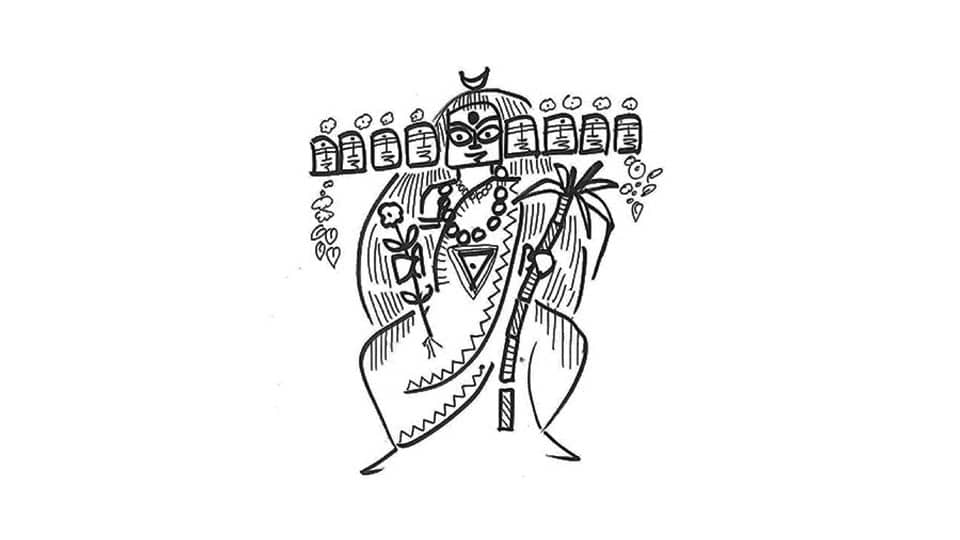 The concept of Nava-durga is extremely popular during Navaratri. Navaratri refers to the nine nights that lead to the celebration of Vijayadashami. The Goddess is worshipped in nine forms. The nine forms are Shailaputri, Brahmacharini, Chandraghanta, Kushmanda, Skanda Mata, Kaatyayani, Kalaratri, Mahagauri and Siddharaatri. These are not nine separate Goddesses. They represent the nine phases of the Goddess’ life. The nine nights of Navaratri are a celebration of the Goddess in her entirety.

The Goddess is shakti, who brings meaning to Shiva, who disembodied pure consciousness. The first stage is Shailaputri, where Shakti is the Goddess of the mountains. She is born of the mountains and she decides to marry the mountain hermit, Shiva. He, however, does not want to marry. He withdraws into his mountain cave, stubbornly refusing to be with her.

In the second phase, she becomes Brahmacharini, a hermit, who performs tapasya. She mimics Shiva, who is a tapasvi himself. As she does exactly what he does, Shiva realises what would happen, if all men and women choose to become hermits. The next generation will not be created. The world will cease to exist. The rock (shiva-linga) becomes the plant (bilva), the object turns into an organism, as Shiva realises without Shakti, he is a dead body (shava).

Shiva agrees to marry Shakti and the Goddess then takes her third form, which is Chandraghanta. The Chandraghanta, or the bell-shaped moon, represents the first day of the waxing moon, when only an arc of the moon is seen. If Shiva is the waning moon (destroyer), with Shakti he becomes the waxing moon (creator).

Now, as Shiva’s wife, she enjoys the companionship of Shiva and her body is filled with warmth. This makes her Kushmunda, gently aroused. In her fourth form, she becomes radiant like the sun, in the presence of Shiva.

The fifth form is when she becomes a mother. She is Skanda’s mother. She has domesticated Shiva, who was a hermit into a householder called Shankara and also made him a father.

In the sixth form of Kaatyayani, she becomes the outraged warrior who fights Mahishasura — who cannot be defeated by any other deva. He arrogantly declares that no man can defeat him; forgetting that a woman can defeat him.

In her seventh form, she becomes even more fierce as Kalaratri — Kaali who kills Chanda and Munda. She adorns her body with his entrails, limbs and head. It is the fiercest and darkest form of the Goddess, after which she quickly calms downs.

She then becomes the eighth form: Mahagauri, the homemaker. Gauri is the one who is domestic: her hair is no longer unbound.

She doesn’t run amok, naked on the battlefield. She sits at home preparing food, to feed her husband Shiva, in the form of Annapurna.

In the final form, she is Siddharaatri, the accomplished one. She has completed her work and now takes her rightful place as one half of Shiva’s body. She completes him. This is her greatest accomplishment; she has connected Shiva to worldly life, made him realise his purpose, to animate the world, and make the world realise its value and purpose. This is the ultimate role of the Goddess in Hindu mythology.