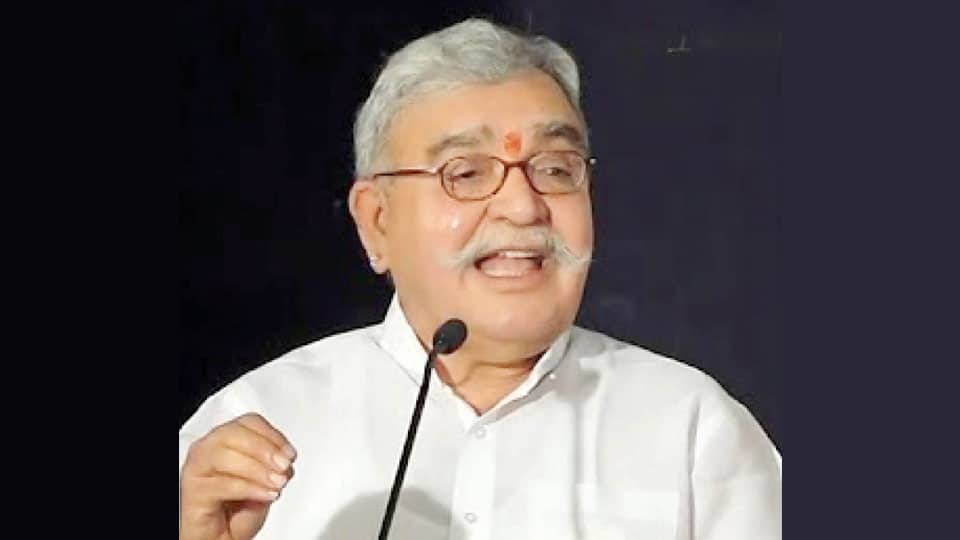 The Niranjana Mutt (Anathalaya, meaning Orphanage) which is in the news of late belonged to one Nanjundaswamy, who was also popularly known as Niranjana Swamy. Later, the place came to be known as Nanjunda Anathalaya after him.

The purpose of Anathalaya was to take care of Hindu orphaned children, especially those from Brahmin community. Swami Vishwesharananda Saraswathi, as a Trustee, headed the Anathalaya Management Committee for some time. All these details find mention in a Government Order dated Aug. 4, 1914. Later, Swami Vishweshwarananda Saraswathi entrusted the management of the Anathalaya to great personalities such as M.Venkatakrishnaiah (Thathaiah), K. Chandrashekaraiah, S. Krishnarao and Dr. Armugam Mudaliar, which remained in their control from 1896 till 1914.

After some days, the place where Niranjana Swamy stayed came to be known as Niranjana Mutt. It may be mentioned here that there was no doubt that Swami Vishweshwananda Saraswathi, who was an embodiment of ten-point saintly practices of Giri, Puri, Bharathi, Vana, Aranya, Sagara, Ashrama, Saraswathi, Teertha and Parvatha, as underlined by Shankaracharya, belonged to Dashanami Sanyasa sect.

After going through all these happenings, it can be said with authority that Niranjana Mutt (Anathalaya) does not belong to any particular group, sect, caste or a sub-caste of Hindu society. As such one cannot claim that this Mutt belongs to a particular group or caste as there is no proof for that.

Shivalinga, Nandi (Lord Shiva’s vehicle), Dakshinamurthy are all Divine forms of Sanatana Hindu Dharma and hence does not belong to a particular tradition. Sri Shankaracharya was an ardent devotee of Lord Shiva and the Saint has written many Stotras on Lord Shiva and Dakshinamurthy.

Moreover, the words Niranjana and Mutt are not indicative of any caste and everyone in the Hindu society use these words often. It is regretful to note that these words are confined by some people to a particular caste, without bothering to go through the records of Anathalaya in detail. Besides, they have resorted to staging dharnas in Niranjana Mutt premises, which is unfortunate.

Lastly, I wish that these protests, which are confusing and misleading the people, end immediately and that the protestors find a way for building a peaceful and harmonious society.

Voice of The Reader
IPL 2021 to resume from Sept. 19: Fans allowed into stadiums in limited capacity
Dharmo Rakshati Rakshitah…