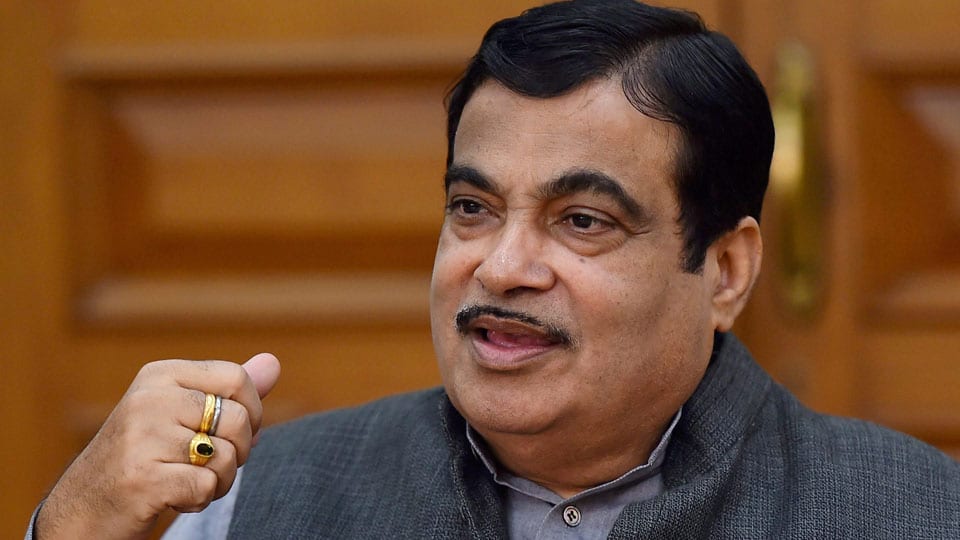 Nitin Gadkari to fly back to New Delhi this afternoon

Gadkari and his family were scheduled to leave Mysuru in a private chartered plane at 2.15 pm, when we went to the Press.