Home » News » No future for India from politicians and bureaucrats: Former VC Rangappa 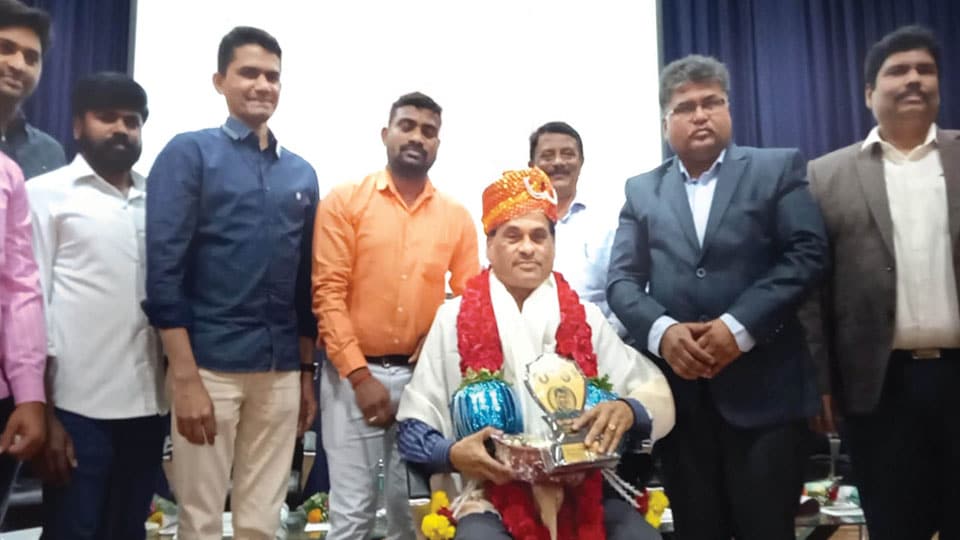 No future for India from politicians and bureaucrats: Former VC Rangappa

Mysore/Mysuru: Intelligence and knowledge has value in abroad. But, it is not so here. Youths have the biggest responsibility to create such a condition in India too, opined Prof. K.S. Rangappa, former Vice-Chancellor of University of Mysore and Karnataka State Open University.

“Our country can progress only with the help of intellectuals and educated. But both of them do not have any value or respect here. Suggestions given by great economists, scientists, doctors and engineers are accepted with grace by people in power in foreign countries. But, such a situation not present in India. This can be changed only by youths. The nation’s development is depending upon the working style of younger generation. Nation follows the route tread by youths and this is going to have its impact on the entire world. So, youths must develop intellectual power to differentiate what is good or bad,” Prof. Rangappa noted.

No future from politicians, bureaucrats

The former VC opined that India does not have future from politicians and bureaucrats. The nation was safe only in the hands of youths. So, they have to improve their knowledge and intelligence. Before voting, people must think whether the candidates will do good or not. India has all qualities to become number one in world. There are many wealthy nations but they are not rich in culture. Youths must pursue studies in areas of interest and never succumb to the peer pressure while selecting the subjects. Healthy competition must be encouraged in society. The field of science is growing fast and they must make use of the same, he pointed out.

Registrar (Administration) Prof. R. Shivappa said that Prof. Rangappa has been a source of inspiration for others. Though, Poornachandra Tejaswi was the son of Rashtrakavi Kuvempu, he never used his father’s influence and developed his own identity. Likewise, Dr. Shobith, son of Prof. Rangappa was emerging as a young scientist. The youths must be ambitious to grow. The path of success must be tread with intelligence and enthusiasm.

On this occasion, Prof. K.S. Rangappa, Co-ordinator of the Department of Material Science Prof. S. Srikantaswamy,  Director of BGS Mahasamsthan at Nagamangala Dr. Shobith and President of Prof. K.S. Rangappa Fans Association Dr. S.K. Kumar were felicitated. A calendar was released on the occasion.

B. Manju of Sadhana Academy and Special Officer, Department of Collegiate Education, inaugurated the programme.  Chairman of the Department of Studies in Education Prof. K.B. Praveen and others were present.