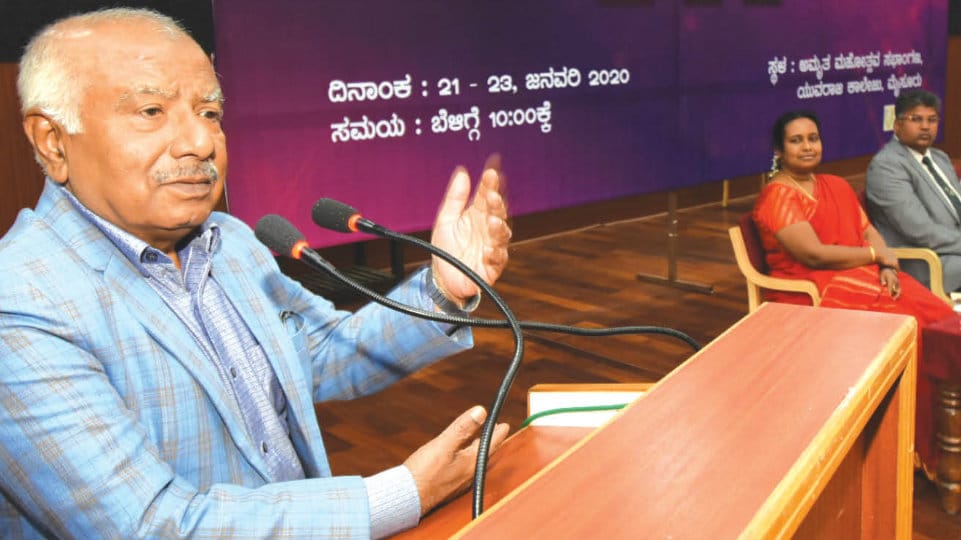 Mysore/Mysuru: “Our Universities have been following the age-old education system and as a result, are not inventing or developing any thing new,” opined former Vice-Chancellor of Kashmir University and Pondicherry University Prof. J.A.K. Tareen.

He was speaking after inaugurating the newly established ‘Eureka-2020’ committee of Mysore Yuvaraja College  here recently. “Not even a single university from India has figured in the list of the top 200 universities of the world whereas universities from smaller countries like South Korea, Singapore, Saudi Arabia have figured in this list,” he regretted.

“Most of the universities abroad have implemented a concept called ‘Diversity Index.’ Diversity Index (DI) captures the racial and ethnic diversity of any university’s student body with a single number. If a university has students from different parts of the world, such a demography would lead to new inventions and new ways of thinking. This concept should be included in our Indian universities too. Our nation, which has a rich cultural and regional diversity, with more than 1,400 languages will definitely bring about newer ideas and thoughts relevant to the present scenario and also create global opportunities for students,’ he said.