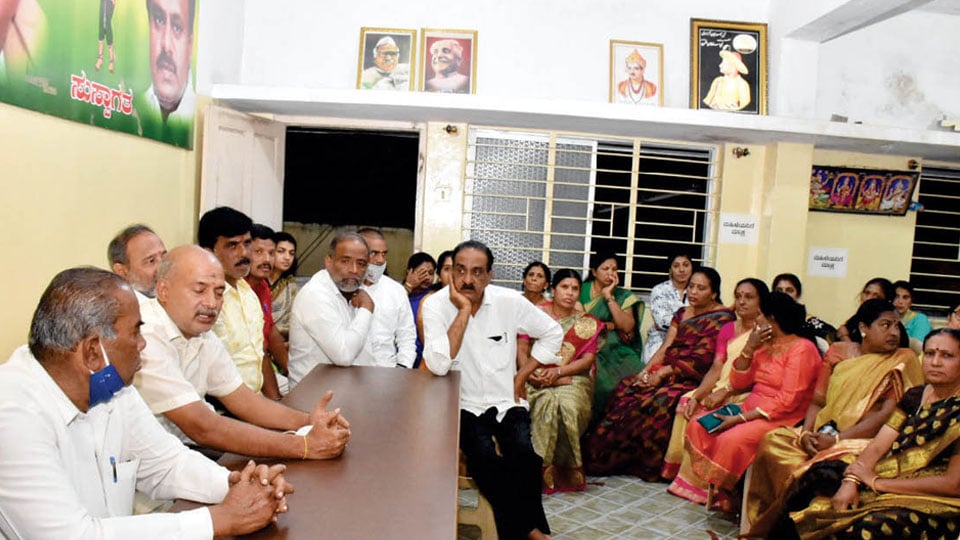 No Party can form Government without JD(S) support in 2023 polls, says MLA

Mysore/Mysuru: K.R. Nagar JD(S) MLA S.R. Mahesh has asserted that no party will be able to form Government without JD(S) support after the 2023 Assembly polls.

He was addressing JD(S) leaders, people’s representatives and workers at the Party Office on Seshadri Iyer road here yesterday ahead of the party’s convention at Bengaluru’s Palace Grounds on Feb.14.

Reiterating that no party can form the Government in 2023 without JD(S) support, he said that workers were the backbone of the party. Without taking the name of the party’s Chamundeshwari MLA G.T. Devegowda, who of late has been staying away from party matters, Mahesh said that it is left to the MLA to take his own political course.

Maintaining that no leader is above the party, Mahesh said that the party will move on with the strength of its workers.