Home » News » Omicron Scare: Rules are for others, not for politicians, followers 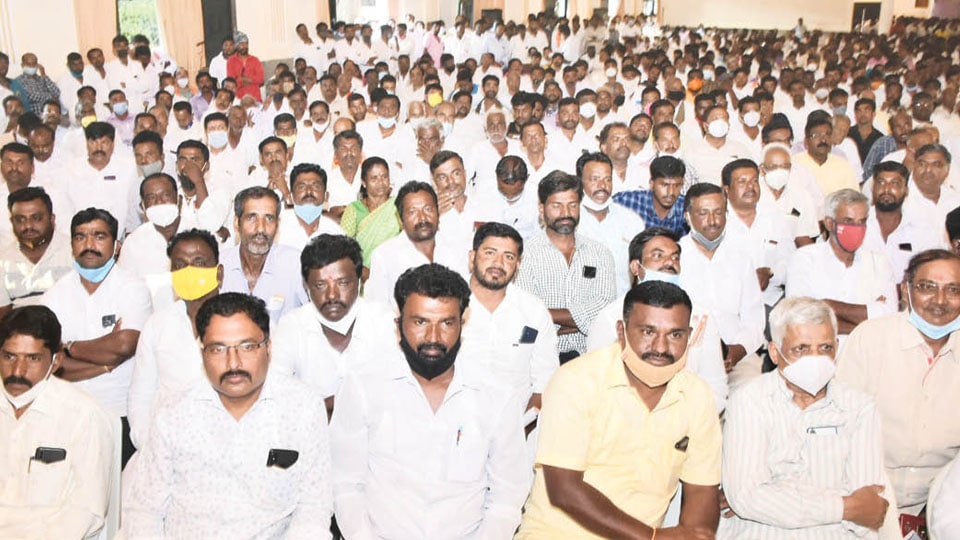 Omicron Scare: Rules are for others, not for politicians, followers

Mysore/Mysuru: On the one hand you have Government announcements and press notes which talk about stern measures being enforced to prevent the third wave of the pandemic and also Omicron threat from damaging economic prospects and asking people to exercise restraint while moving in public places without masks and without sanitisation.

On the other hand, you have politicians who are brazenly demonstrating daily that all such regulations and warnings are for common folk and do not apply to netas and their followers. Clearly, politicians do not pay heed to the warnings of the Government or health officials as it is being made clear by the way campaigns for the MLC polls from Local Authorities Constituency are conducted. As parties scramble to seek support of the electorate, the scare sparked off by the Omicron variant does not seem to have made any impact on the campaigns by political parties. When they and their followers do not wear masks and maintain social distance, they are playing with the health of others.

Despite the State Government announcing fresh guidelines and restrictions, neither the campaigning style of the ruling party (BJP) nor that of the Opposition parties (Congress and JD-S) has changed over the last week.

The parties have continued organising conventions of elected representatives of local bodies, most of whom are Gram Panchayat members, with least regard for following COVID protocol and adherence to COVID appropriate behaviour at the venues. While political leaders think they are doing their job in a democracy, they are also putting the lives of their party workers, supporters, and general public at risk by not adhering to the COVID rules.

READ ALSO  JD(S) to launch padayatra from Nanjangud on Aug.20

They are holding rallies, party workers’ meetings and public functions without any care. It is an invitation to the third wave, said doctors who are watching this careless attitude.