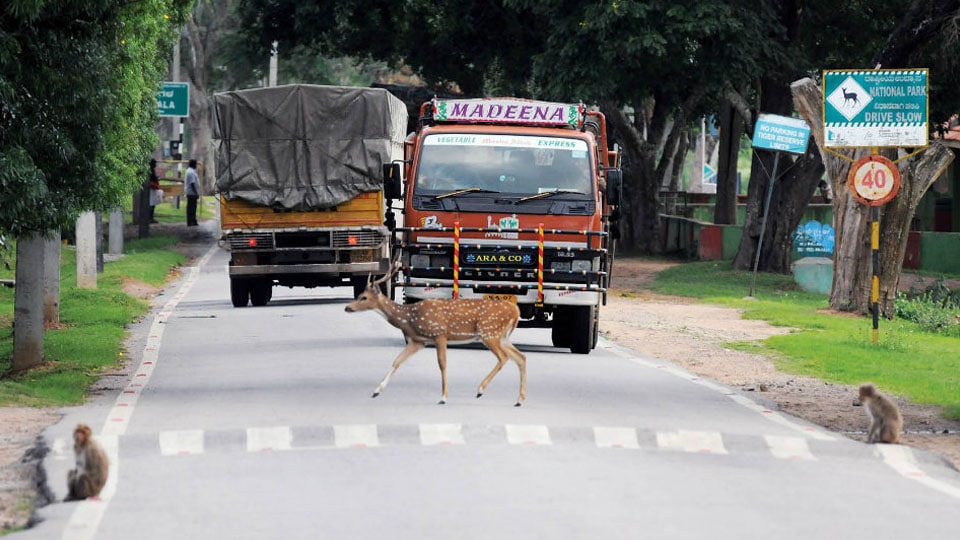 Mysuru: State Other Backward Classes and Chamarajanagar District in-Charge Minister C. Puttarangashetty clarified here that the State Government has no plans on relaxing the night ban on vehicular movement inside Bandipur Tiger Reserve.

Speaking at the Bhagiratha Jayanti celebrations organised  by the District Bhagiratha Uppara Sangha held at Town Hall in city yesterday, he said that he had already held discussions with Forest Department officials. State Government will not lift the ban as Bandipur Forest is an Eco-Sensitive Zone. It has imposed the ban for safe and unrestricted movement of wild animals inside the forest area.

He said that the State Government had already rejected the Centre’s plea to lift the ban on night traffic through Bandipur Tiger Reserve; it has also rejected the proposal for constructing elevated roads through the National Park. Even, Chief Minister H.D. Kumaraswamy has clarified that the ban on vehicle movement in Bandipur during night ttime wouldcontinue.

This remark of the Minister gains significance in the wake of various media reports on the issue of lifting the ban.

It may be recalled, this issue snowballed into a controversy following a communiqué by the Ministry of Road Transport and Highways seeking Karnataka’s nod for lifting night traffic ban and approving a project to construct elevated roads or flyovers in Bandipur, which triggered outrage among conservationists when the matter pertaining to night traffic ban through Bandipur is still pending in the Supreme Court.