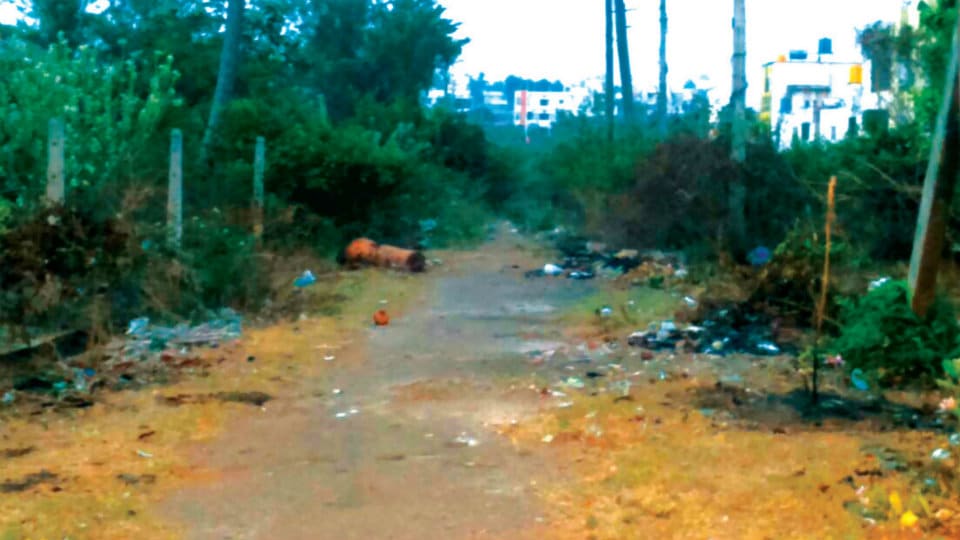 Stating that this is one of the many roads that connect the Ring Road in J.P. Nagar which is now closed due to overgrown bushes and weeds, one of SOM readers, who has sent this photograph, questions the authorities concerned as to why, the slum-dwellers, who had occupied the vacant sites near here, were relocated? Earlier, the slum-dwellers had kept the vacant sites in which they had put up their huts clean, but after having rehabilitated them, no officials concerned have bothered to visit the vacant MUDA sites in the vicinity. The place has now turned into a dumping yard and with too many shrubs grown, it has become a haven for mosquitoes and reptiles. Authorities concerned are urged to either direct the respective site owners to take up regular cleaning work or get the sites cleaned themselves (authorities) and impose penalty on the site owners.