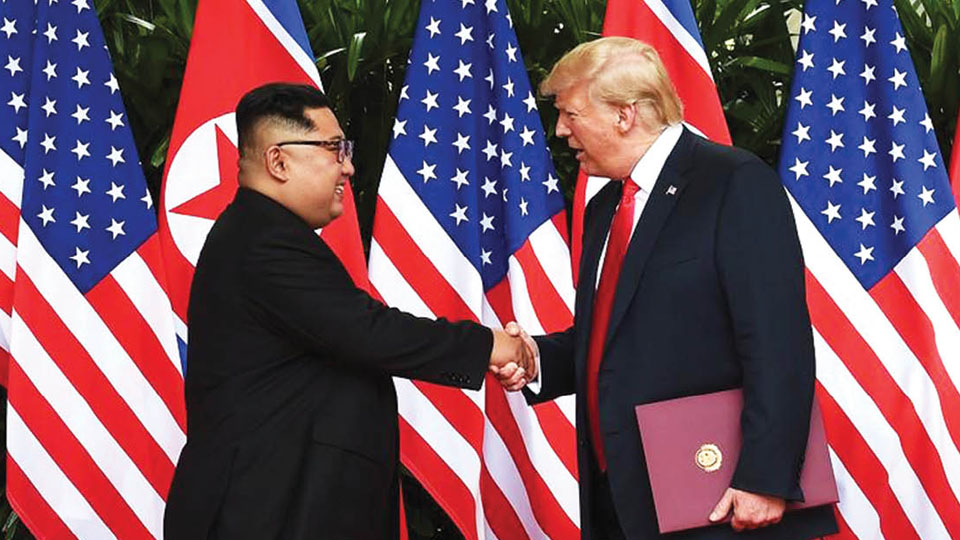 But a joint statement signed at the end of their historic summit in Singapore gave few details on how either goal would be achieved. The document also made no mention of the international sanctions that have crippled North Korea’s economy, for pursuing its nuclear weapons programme.

“President Trump committed to provide security guarantees to the Democratic People’s Republic of Korea (DPRK) and Chairman Kim Jong Un reaffirmed his firm and unwavering commitment to complete denuclearisation of the Korean Peninsula,” said a joint statement issued after their historic summit in Singapore.

But the joint statement did say the two sides had agreed to recover the remains of prisoners of war and those missing in action and repatriating them.

Earlier in the day, Trump predicted an eventual agreement on Pyongyang’s nuclear weapons, a gut-level assessment Trump had claimed he would make within the first minutes of the meeting. Minutes before the historic handshake, Trump tweeted that his top economic adviser Larry Kudlow had suffered a heart attack.