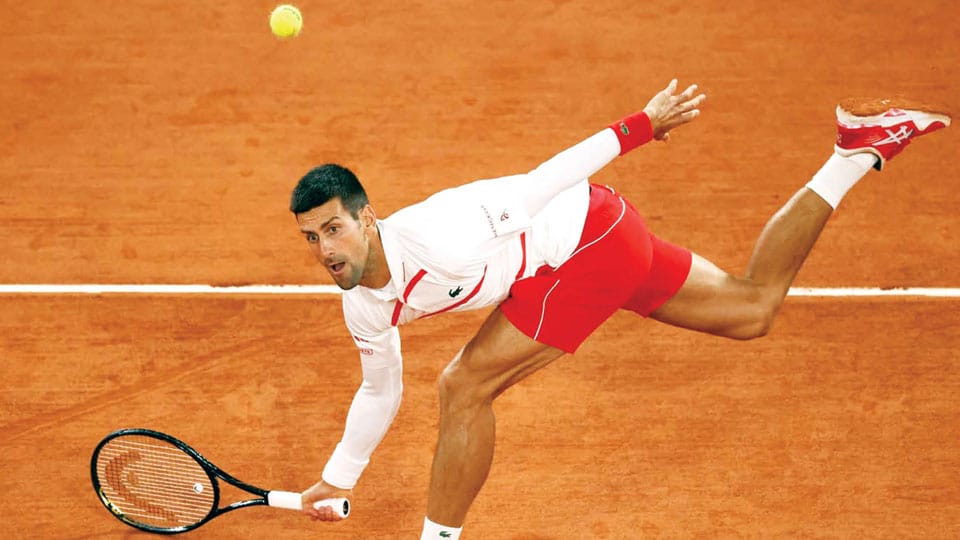 Paris: Novak Djokovic defeated Karen Khachanov in straight sets to make the French Open quarter-finals for the 11th consecutive year on Monday while Petra Kvitova returned to the last eight at Roland Garros for the first time since 2012.

Djokovic faced his toughest assignment so far but Khachanov was unable to derail his bid to become the first man in half a century to win all four Grand Slam titles twice.

The Serb hit 44 winners and has yet to drop a set in the tournament, losing only 25 games in four rounds. He improved his record in 2020 to 35 wins against just one loss.

He will face Spain’s Pablo Carreno Busta, the man who benefited from Djokovic’s US Open disqualification.

Stefanos Tsitsipas overcame an eye problem to become the first Greek man to reach the last eight of the French Open with a 6-3, 7-6 (11/9), 6-2 win over Grigor Dimitrov.

The 22-year-old will now take on Andrey Rublev in a repeat of the recent Hamburg final which was won by the Russian.