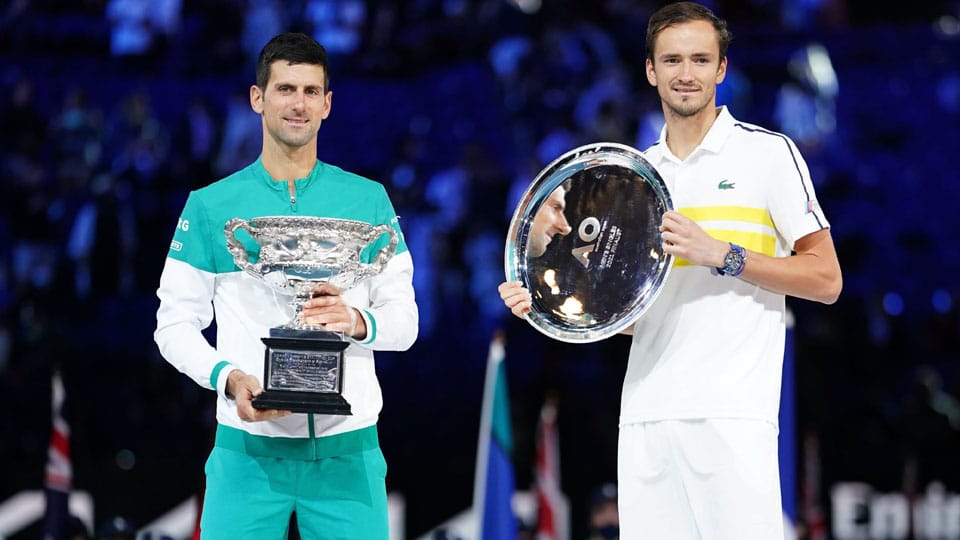 Djokovic overpowered the fourth seed 7-5, 6-2, 6-2. In winning a third straight Australian Open for the second time, the Serb claimed his 18th Grand Slam title to move within two of Roger Federer and Rafael Nadal who have 20 each, while denying Medvedev his first.