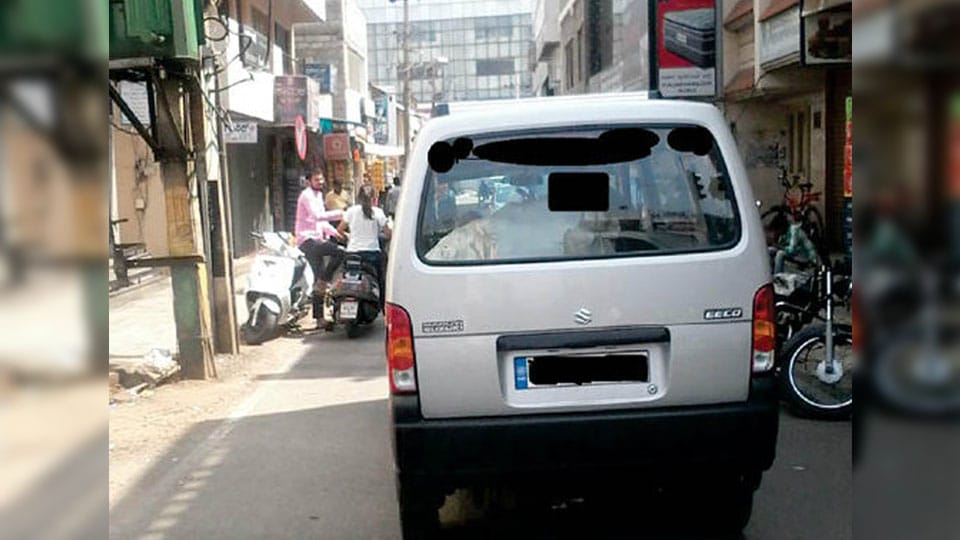 Nowadays it is very common to see violation of one-way rule on city roads. It is also seen on prominent and busy roads at the city centre, even at night times.

One-way rule is imposed to avoid inconvenience to road-users, especially vehicles, when the road is very narrow and the sign boards are also placed on both ends of the road indicating the direction of the entry to that road.

According to rules of the road regulations (Motor Vehicle Act), violation of ‘one-way’ rule is prohibited under rule 17 of Section 118 of MV Act 1988 (59 of 1988). Under this law, even taking a reverse into a road declared as “one-way” is also prohibited. However, it is blatantly being violated and these drivers are causing inconvenience to other road users by blocking the road and risking for themselves.

The van in the photo (for representation only) is going against one-way rule of this road (Shivayana Mutt road off DD Urs road), where traffic is allowed to enter into this road only from Shivarampet side. However, many vehicles including autos, transport vehicles, besides any number of two-wheelers, are violating this rule by entering from DD Urs road side. Similar is the case on many other “one-way” roads in the city.