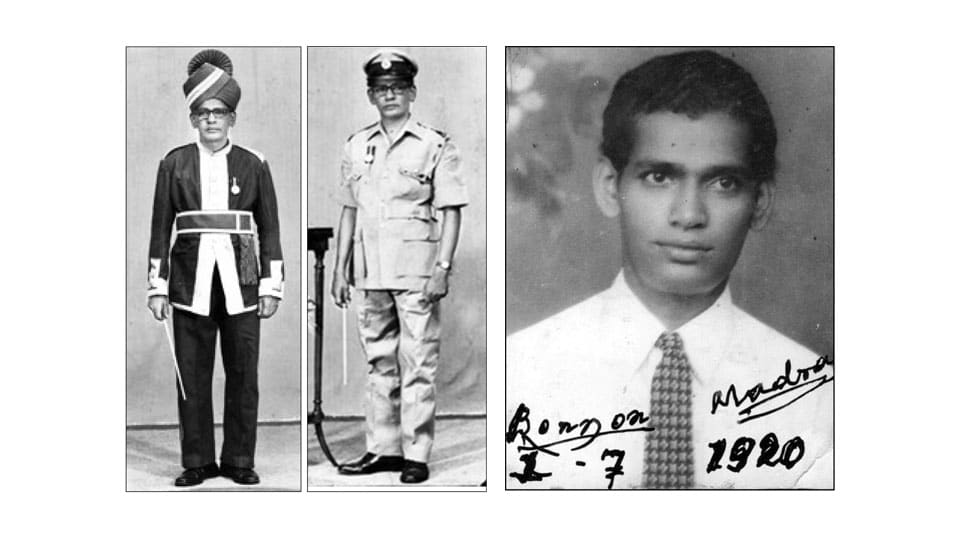 Musicians don’t retire; they stop when there’s no more music in them.

This year being the 100th Birth Anniversary of J. Francis Xavier, a musical genius, a Live Concert was held to pay homage to his life and contributions to western music in Mysore.

Born on 1st July 1921 in Mysore, Francis Xavier was the first-born of M.S. Joseph and Annie Josephine couple. He had six younger brothers and four sisters. His father, a descendant of Goan origin, was the church organist and a woodwork designer for St. Philomena’s Church.

Francis Xavier, also fondly known as ‘Francis Sir,’ was a household name in music circles during his time. He completed his music studies at the Good Shepherd Convent, Mysore, which was his second home; he went on to successfully complete his musical exams in Piano under the tutelage of Irish Nuns like Mother Maurice and Sr. Passion. His initial years of music training moulded his life.

In July 1941, he joined the famed Palace Band and Orchestra as a violist, which was under the baton of Otto Schmidt, a German Director of Music, D’Fries and other greats who were directly employed by the Maharaja to foster western music in Mysore. He enhanced his musical expertise with them. He went on to become the Assistant Band Master. His association with the Mysore Royal family spans decades. A smart young  pianist, he was entrusted as a private piano tutor for most of the Royal family members. He would play the piano, accordion, almost all stringed instruments. His acumen to arrange and orchestrate music for a full orchestra earned him a good name and respect across the best musicians in the country.

Church music was part and parcel  of his life and St. Joseph’s Cathedral was his musical playground. Francis Xavier, apart from being the pipe organist of the Cathedral, conducted the choir, which comprised Latin services. Rev. Fr. Feuga, who was then the Parish Priest of the Cathedral, encouraged him to take up the pipe organ, which  was brought from France and installed. His innumerable composition of the hymns and tunes are well-orchestrated and in use to this day.

He trained his younger brothers, late Felician Anthony and Felix M. Joseph to become versatile and accomplished musicians, who went on to become Band Masters of the famed Karnataka Government Band. Felix, who is now  retired, is a much sought-after music teacher in Mysore.

Francis Xavier married Dorothy E. Francis in 1970 and has two children — Noeline Margaret Francis and Aaron Christopher Francis — who are also into music. The next generation of musicians of the M.S. Joseph family continues with his children, grandchildren and great-grandchildren. They say there is no retirement to musicians. Thus Francis  served in many diocesan schools and institutions teaching singing, piano, violin and other instruments.

Francis Xavier retired as the Assistant Band Master in 1978 and went on to become the music teacher of St. Joseph’s Institutions till 1990. He later was the music teacher for the Good Shepherd Convent till he expired on 21st May, 1997 after a prolonged illness.

He was a household name in almost all the Convents in Mysore, especially for his direction of musical theatre, choir and instrumental groups. Many of his students are pass outs of the Trinity College of Music exams and quite a few are abroad and in good positions musically. His association with the Church of South India (CSI) is noteworthy. He regularly played the organ at the Anglican Churches and had many pupils there who fondly remember him to this day.

During his lifetime, he had trained many young men from downtrodden families as musicians and secured them jobs at the Karnataka Government Band and Orchestra. These musicians in turn served the Church choir making St. Joseph’s Cathedral to have its own symphony orchestra, possibly the first in the country. He was also known for his jovial nature.

As a tribute and to mark his 100th birth anniversary, his family members had organised an online music concert on the 1st of July via Facebook Live with students and friends performing from across the world. The artistes at this musical event included Violin Virtuoso Mysore Manjunath and his son Sumanth Manjunath, Klaus Graf and Michael Schlierf – Saxophone and Piano from Germany, The Emirates Symphony Orchestra arranged by Neil Mario and S. Benjamin from Dubai, Rohin Joseph – Piano, Shadrach Solomon & Rachel – Piano and Voice, Christopher Horner – Violin from UK, David Hobourn – Pipe Organ from UK, Archana Bennur – Vocals from USA, The Reuben Brothers, Saishiv – Mridanga, Charulatha Ramanujam – Violin, Samuel Nesan – Flute, Felix Joseph & Aaron Christopher – Violin & Piano and a host of performers that included the students of St. Cecilia’s School of Music and family members. Rachel Francis introduced the programme while Noeline Francis proposed a vote of thanks.