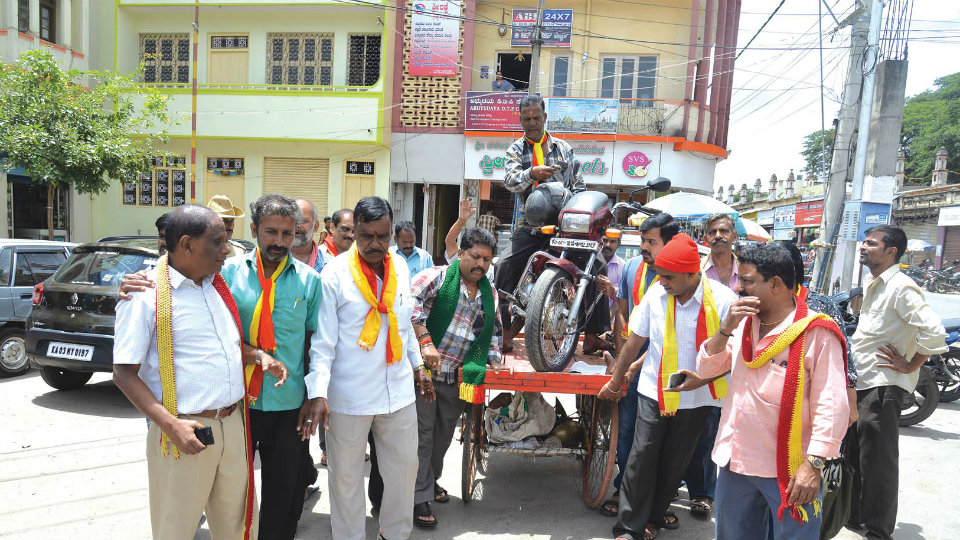 Claiming that the common man is hit hard by rising prices of petrol, diesel and LPG, the protestors maintained that the rising prices will have a cascading effect on the prices of other essential commodities and public transport service.

In another protest, members of Mysuru Kannada Vedike staged a unique demonstration by carrying a motorcycle on a pushcart at Agrahara Circle.

Maintaining that the rising fuel prices had badly hit the agrarian community, the protestors urged the Centre to bring down prices at the earliest.

BSP to stage protest on Sept.10