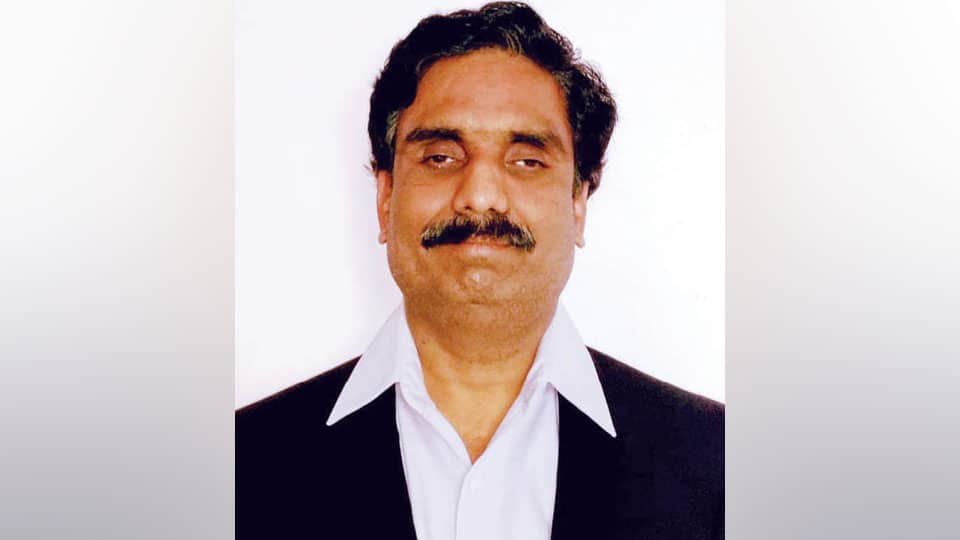 Assistant Professor Krishna R. Hombal is the person who is appointed as the Chairman of the Department of Studies in Political Science. He started working in the Department in 1999 and obtained his Ph.D in 2010. He got his M.A. and M.Phil from Karnatak University, Dharwad.

Originally, the Department had three Professors but two of them have been deputed to other Departments. Hence, the issue came up for discussion in the Syndicate meeting held recently. A few members expressed concern over a visually challenged person’s capacities to handle the responsibilities of the Chairman.  However, since Hombal expressed confidence in his ability to discharge the duties, he was given the charge as Chairman.

Speaking to Star of Mysore here this morning, Hombal said that he is going to take charge today (Sept.7) as the Chairman. “It was Prof. S. N. Hegde who appointed me as a lecturer in 1999. He had said that he had selected me in recognition of my merit and not because I was blind and encouraged me to contribute to the University.”

Hombal, who is born blind, said that though he had studied only in Special Government Schools, he was the only person from such a background to reach this level and that was only due to support and encouragement of his parents, teachers and students. “I should have actually been the Chairman in 2012 itself. However, the promotions were delayed due to various reasons. At last I am happy that I have got the opportunity,” he said.

Meanwhile, former In-charge VC of UoM Prof. Dayanand Mane, who was the Chairman of the newly-established Public Administration Department, has been removed following a Syndicate decision and Dean of Arts Prof. Mahadev has been appointed as the In-charge Chairman.