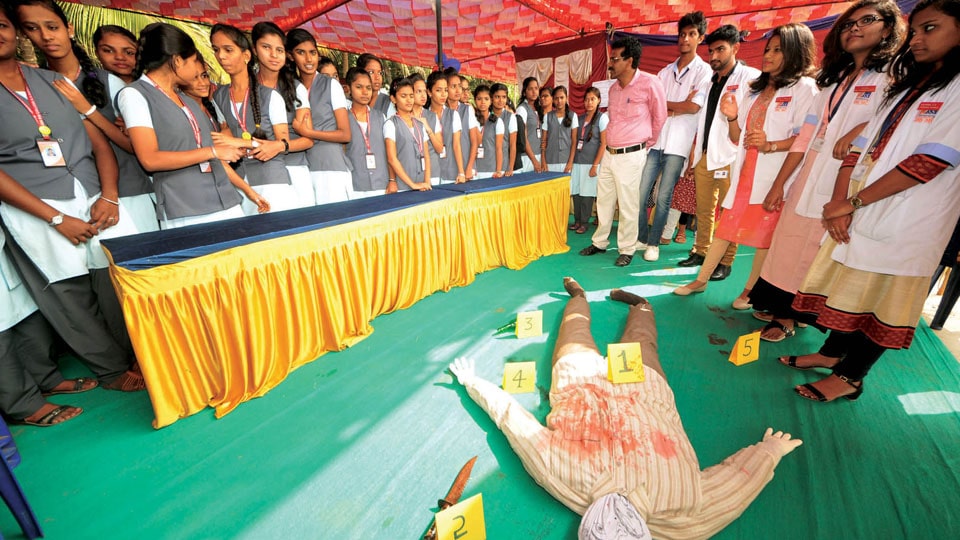 Origin and development of Forensic Medicine and Science in Mysore

The article ‘Foraying into Forensic Science’ (Star of Mysore dated Dec.21) was very informative and interesting. The Department of Forensic Medicine and Toxicology, JSS Medical College, JSS Academy of Higher Education and Research, Mysuru, must be congratulated for having organised and conducted the Forensic Fair (Dec.19-21).

Here I would like to give a brief on the origin and development of Forensic Medicine and Science in Mysuru. The Government Mysore Medical College was established in 1924-1925. For a long time, there was no formal Forensic Medicine Department in the College. Post-mortem was, usually, conducted by a faculty from the Department of Physiology, Anatomy or Pathology.

In fact, the first such faculty was the late Kaniyar Narasimhiengar. Dr. Narasimhiengar had gained an MB&BS from the Grant Medical College, Bombay, and had been appointed in 1925, as Demonstrator in Physiology, on a salary of Rs.75.  In addition to his normal duties, he was conducting post-mortems. A special pay of Rs.5 had been sanctioned to him for that work.

Such a system prevailed for long. However, in the year 1952-1953, a full-fledged Department of Forensic Medicine came into being. Dr. A.T. Sreenivasa Iyengar, a World War II veteran, was inducted as the Head of the Department.

(Incidentally, I am the son of the senior Iyengar and brother-in-law of A.T. Sreenivasa Iyengar).