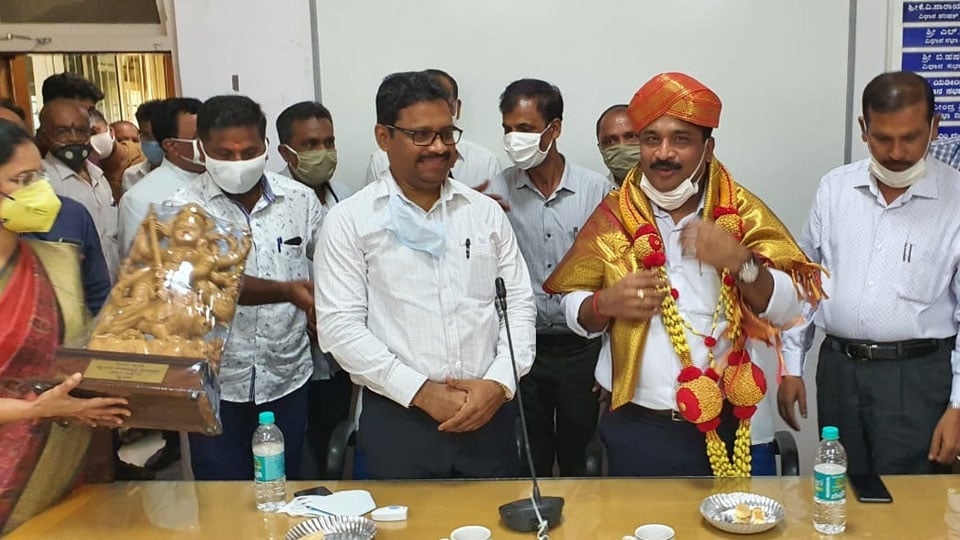 Mysore/Mysuru: The staff of MUDA gave a warm send off to outgoing MUDA Commissioner P.S. Kantharaju, who has been transferred, at a simple function held at the meeting hall in MUDA Office premises yesterday.

The MUDA staff felicitated Kantharaju with a Mysuru Peta and a shawl. Kantharaju thanked everyone for extending their co-operation during his tenure as the MUDA Commissioner and added that many projects were implemented with the co-operation of all.

Continuing, he said that some projects were not implemented due to technical reasons and expressed hope that those projects would be implemented in the coming days.