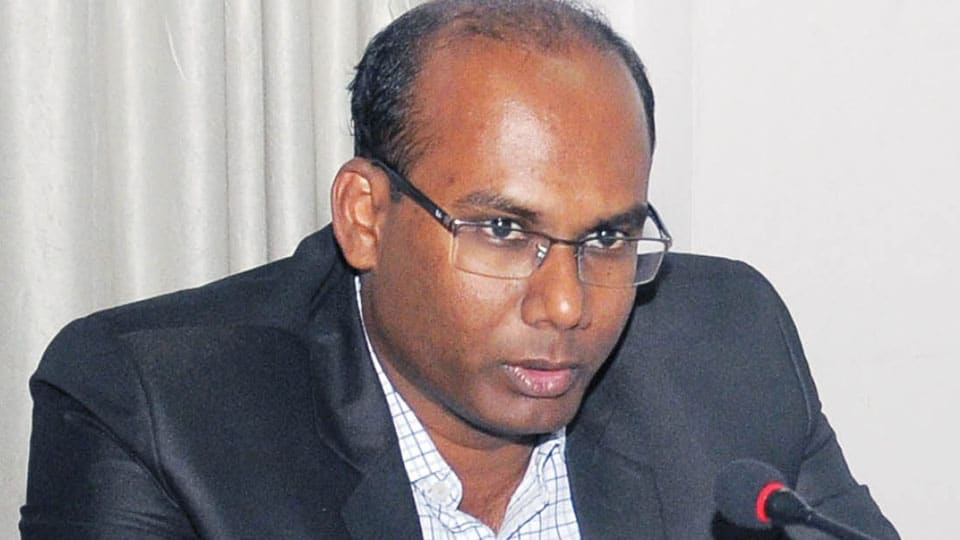 Mysuru: Not so long ago, pure drinking water was always available in plenty. Similarly, people quenched their thirst without questioning the source of water as water was not manufactured and its adulteration was never heard of. But today, drinking water is a tradable commodity and people are increasingly looking towards packaged water for their daily requirements.

But how safe is your drinking water? Making the most of the demand for packaged drinking water, unscrupulous elements have set up their own ‘drinking water and mineral water plants’ to hoodwink people by palming off tap water as packaged water.

At a review meeting of Task Force Committees on Food Safety held this morning at the Deputy Commissioner’s Office, it was revealed that a large number of packaged water samples in the city were found to be spurious.

Deputy Commissioner D. Randeep asked officials to test milk, drinking water and edible oil for adulteration as these three products are widely consumed. Providing statistics, officials told the DC that in Mysuru city only 21 factories have been given permission to supply packaged drinking water and in the district, there are 10 such units.

Responding to this, Randeep asked the officials to form raiding teams with the assistance from the Police, CESC, Mysuru City Corporation and the Food and Civil Supplies Department. The team will conduct operations to seal illegal packaging units and register cases  against them.

“Factory owners must not be allowed to take the public for ransom and have to comply with the fixed standards expected to be followed as far as the supply of packaged drinking water is concerned,” the DC said.

The meeting resolved to strictly enforce the sale of pan masala and gutkha that have been banned as they contain tobacco. Over 25 samples of milk supplied in city have been sent to laboratories for tests and only one sample has been found to be adulterated, officials said.

The DC told the officials to increase the frequency of checks on milk that is usually adulterated with urea, sugar and other solidifying agents that thicken the milk, making it appear white and pure. He also said that milk adulterators face a jail term up to one year.